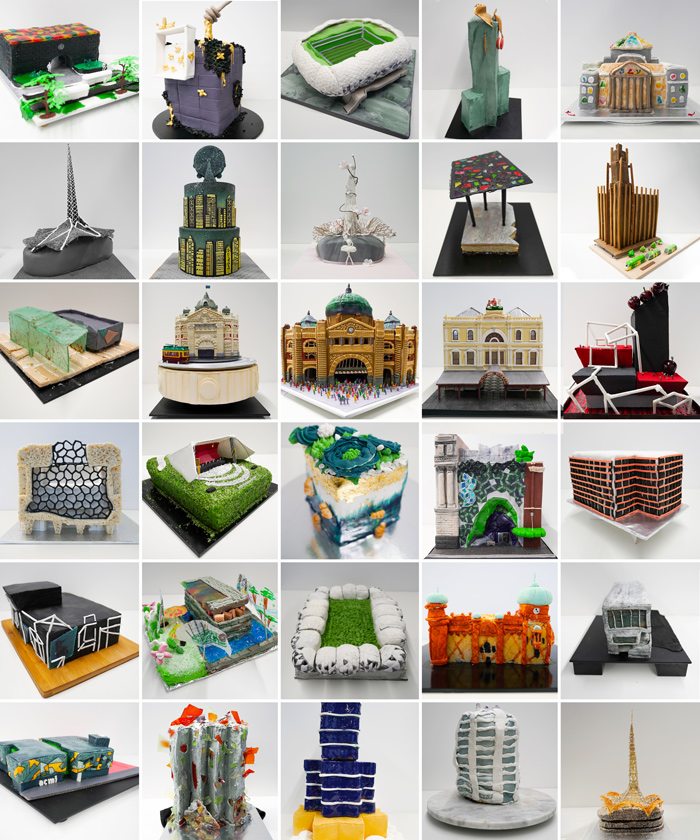 Melbourne's Great Architectural Baking Competition took place over the 17-18 of August, with more than 25 entries, 12 finalists and 5 winners announced during the University of Melbourne's 2019 Open Day. 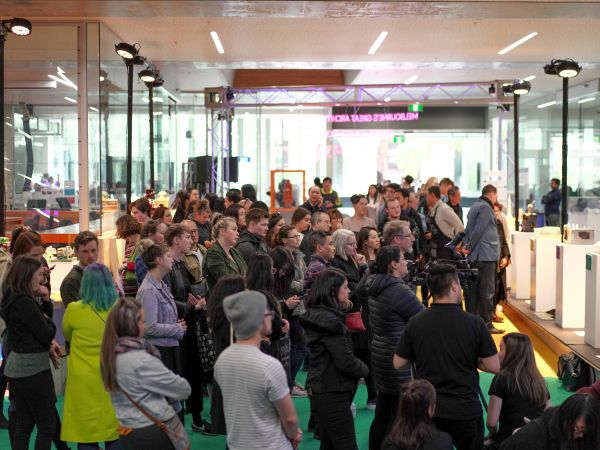 In their recreations, contestants were encouraged to explore their creativity by interpreting, translating and applying their vision into cake design with as much imagination as they saw fit.

Over two days, our esteemed judging panel of Professor Donald Bates, Thao Armstrong from Don't Tell Charles and Eid Goh from ArchitectsEAT shortlisted 30 entrants by critiquing on interpretation of site aesthetics, application of architectural design qualities, inventive use of fabrication, taste and overall quality of response to the brief. Entries from students, staff and the general public were whittled down to 12 finalists which were displayed on the ground floor of the Glyn Davis Melbourne School of Design Building during Open Day, with more than 1,500 visitors passing through to see the architectural masterpieces up close. 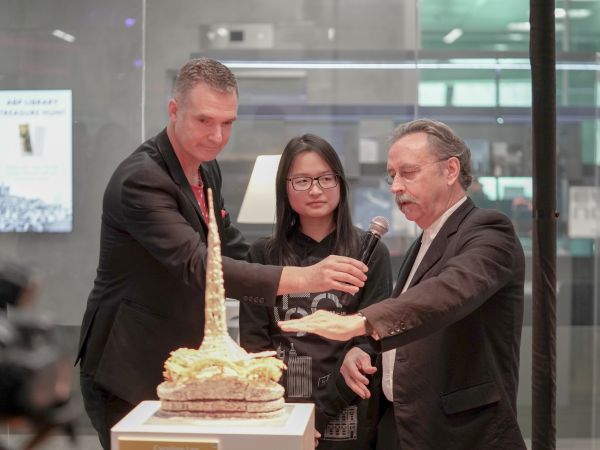 After thorough examination and intense consideration, the winners were announced.

"Catching a train or just visiting, everyone is fascinated with the charm and impressive architecture of this station’s grandiose design.

My favourite facade is at night time when I walk to the station. Colourful lights illuminate the French Renaissance style while the Colonial Tramcar Restaurant rolls its way to memorable late night dinner.

My cake design captures the magical moment beyond the clocks ticking away. Music box playing Waltzing Matilda is such a wonderful addition that can be wound up while admiring the timeless beauty of the first railway station in an Australian city." 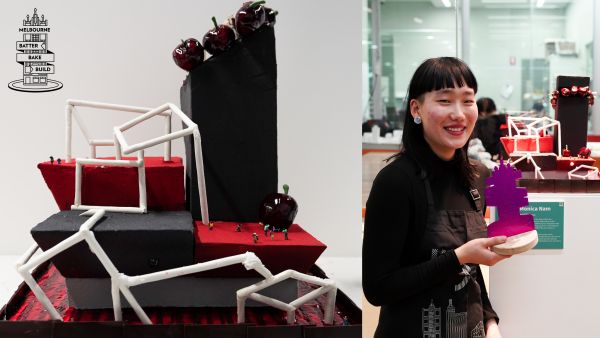 "In this black forrest cake, I have recreated the geometrical white frames of the Southbank Theatre. Different sizes of squares could appear as chaotic imagery, but it is connecting and interacting with each other like our society, or Melbourne.

I am an artist and a pastry chef in Melbourne." 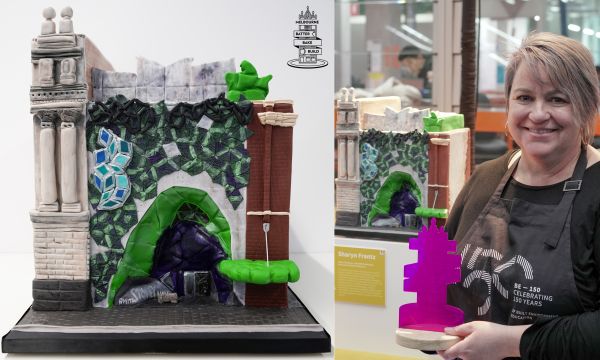 "Turning 50 in 2019, ‘brave’ has become my word for the year. Therefore it was only fitting that I chose to replicate the iconic Storey Hall Annex for this competition. Bold colours reflecting the Suffragettes and the Irish, the cave like entrance, raw concrete wall and Penrose tiles all combine to elicit a daring, symbolic and clever building design. Pushing boundaries in the public’s imagination, ARM and RMIT have boldly valued creativity and infinite possibilities, the perfect qualities to endow to students of RMIT and beyond."

The Student Prize was awarded to Caroline Lee with 'Arts Centre' "Located in the Melbourne CBD, the Arts Centre in Southbank is an iconic landmark where the public come together to commemorate the art and theatre culture of Melbourne. It is a place where collaborations and celebrations happen, thus creating a shared language amongst people from different cultures and backgrounds.

Representing the merge between traditional and modern architecture, the building consists of an organic free-flowing steel web structure that is being wrapped around a solid base. To celebrate the multicultural history of Melbourne, this cake represents the integration of two classic Australian favourites: Lamington and Vegemite." 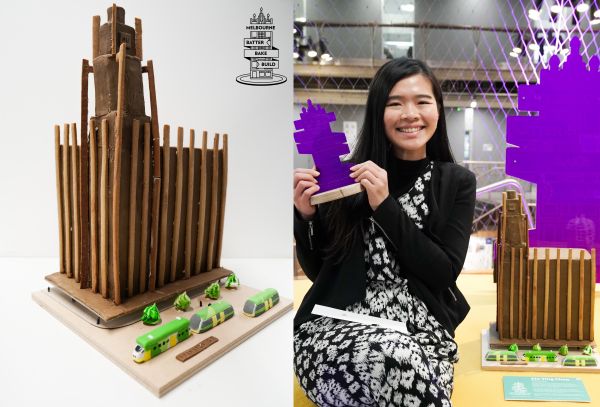 "Inspired by the striking verticality of the facade, I present to you my bake of this architectural jewel of Swanston Street. This scaled down replica encapsulates my impression of the building form, architectural features and some site context.

The external structure and windows are made from sugar paste and ginger biscuit. Behind the facade is a lemon cake with Italian meringue buttercream and lemon curd coated with chocolate ganache.

As someone who is always trying to improve and learn, this competition has definitely challenged myself to new limits." 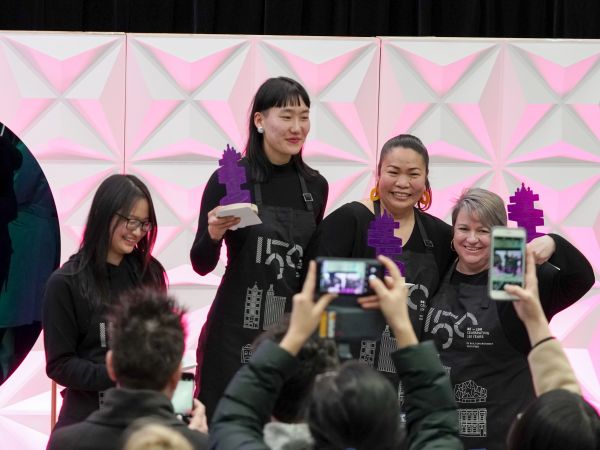 We would like to share our appreciation and thanks for our judging panel, entrants, organisers JT. Productions and audience that made the event such a fun and exciting occasion. 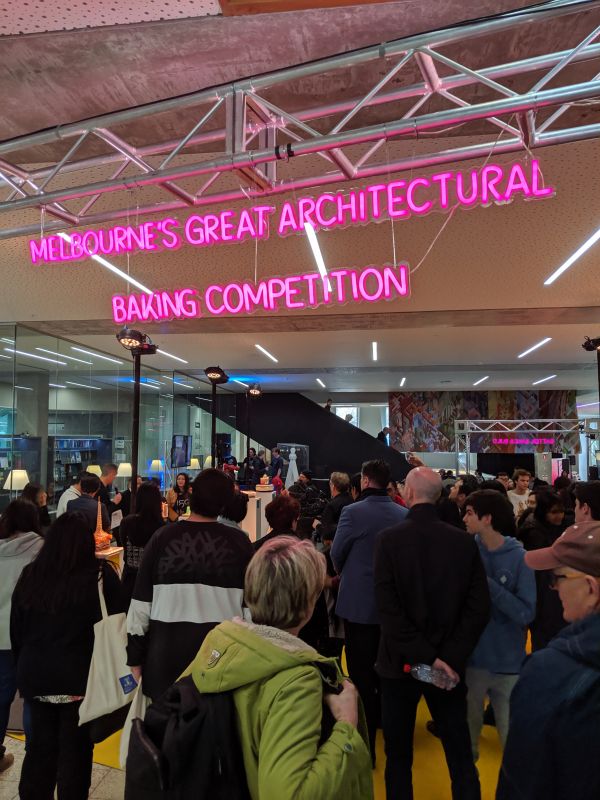