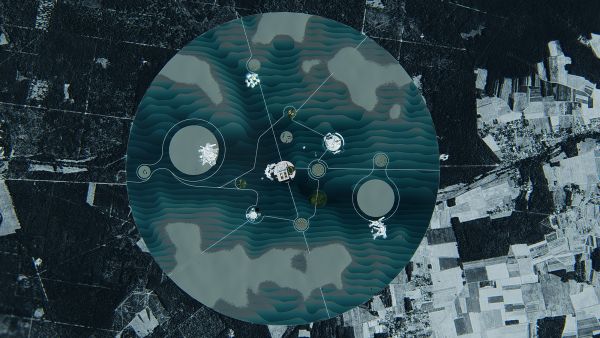 In 2018 the Melbourne School of Design was invited to partake in the Chambord Inachevé competition and exhibition run by renowned French architect Dominique Perrault and philosopher Roland Schaer. 2019 marks the 500 year anniversary of the beginning of building of Chambord, as well as the death of Leonardo da Vinci, who designed the famous double helix staircase in the centre of the Chateau. The competition is the centrepiece of an exhibition now on at the Chateau, and the brief was to design a utopian city that interacts with (and possibly completes) Chambord. Toby Reed lead a thesis studio assisted by Donald Bates, Alan Pert and Anna Nervegna which explored a ‘future nostalgia’, envisaging a climatic future where Chambord is flooded and is surrounded by floating utopias. 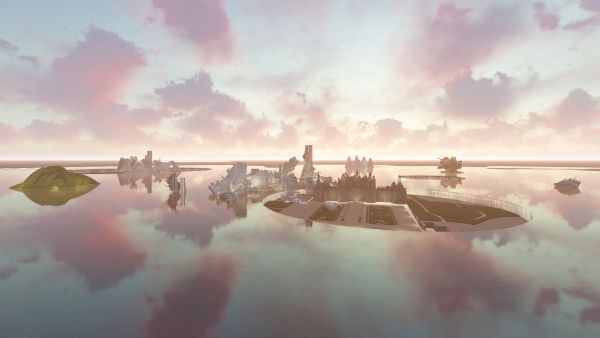 In order to help create environmental equilibrium, in particular a stable water source and hydro-electricity, the area of Chambord has been flooded and dammed. Underground there is a super hydro-battery which stores power without the need for lithium. Another nearby reservoir allows for the water to pass through the battery from lake to lake allowing the water levels to alter seasonally and the topography of the island utopias to change. The Chateau now sits in the water. Areas of interest, particularly fragments of garden around the Chateau have been walled and remain like sunken archaeological excavations of past utopias and arcadias. New Micro-city utopias sit nearby in the water around the chateau, each one a vortex to a different vision of utopia, and are connected by underwater road networks. Whereas Thomas More’s utopia was an island with identical replica cities, these island utopias offer a choice of realities. More information about the competition can be found here. 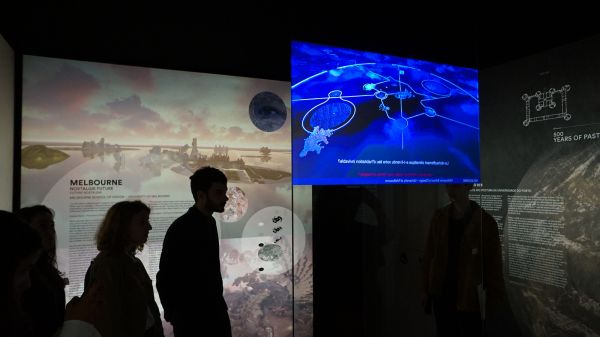 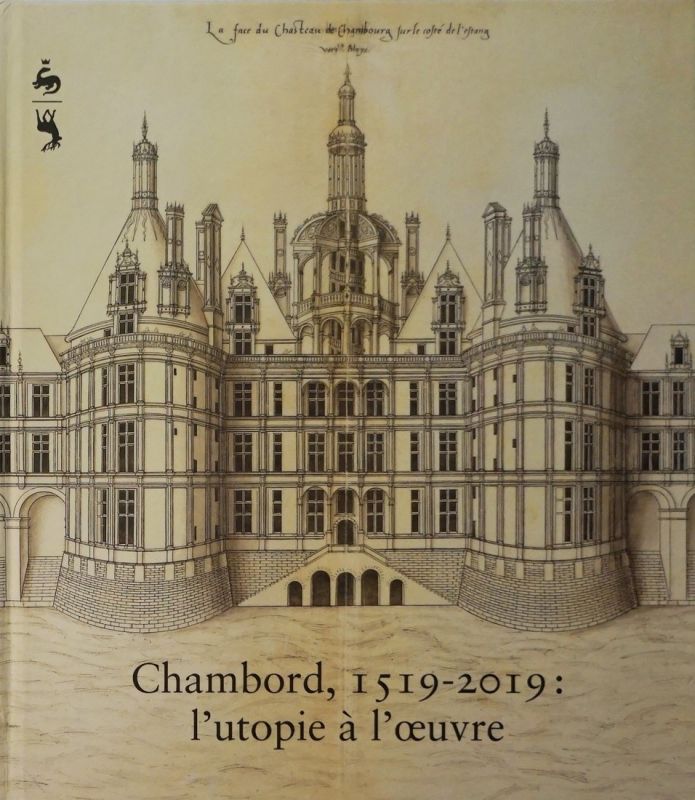