Information for students in the first 100 points of the 300-point Master of Architecture.

The following studio in Master of Architecture Studio B ABPL90285 is offered in Semester 2, 2021. 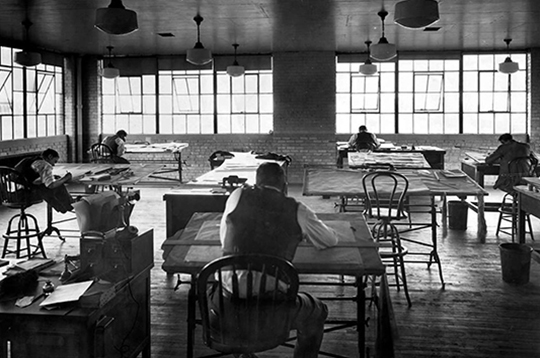 This is a studio concerned with the discipline of architecture.

In this studio we will engage directly with the specificity of architectural knowledge. Through careful analysis of precedent projects students will be encouraged to come to terms with the nuanced and dense language of our discipline, investigating and working with the rules, codes, conventions, and techniques that define and support the practice of architecture. This studio will argue that creative, thoughtful and progressive practice can be achieved by leveraging the collective knowledge of the discipline.

Verb. The discipline of architecture.

Architecture is hard. The contemporary architect works in a complex environment of many competing demands where too often in the face of this complexity there is a reflex to the general, the vague, the close enough. In this studio we will work with rigour, repetition, and refinement. We will be careful, exact and specific. We will draw and build with intent, engaging with the potential of established techniques of architectural representation.

Dennis Prior and Michael Barraclough are directors of Object Subject Architecture.

Michael has over a decade of experience in architectural practice having previously worked with John Wardle Architects, Lab Architecture Studio and Cecil Balmond Studio. He was educated in the United Kingdom, Australia and Denmark, and holds a Master of Architecture and Urbanism with distinction from the Architectural Association in London.