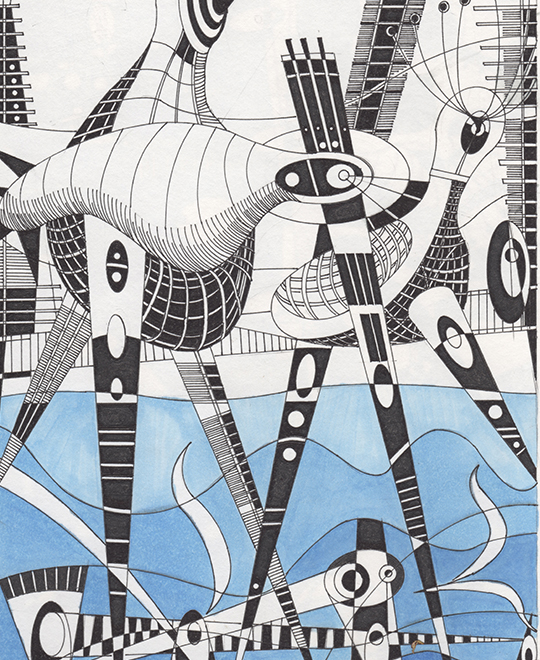 The name Great Ocean Road, itself reflects a culture in which human activity dominates. As the coast is threatened by erosion and rising sea levels, the role of a road demands reconsideration with a reassessment of our value systems and cultural priorities. This thread of asphalt is symptomatic of a crisis, not only for its purpose of connection but also for its priorities. The road is a representation of our conundrums.

Extensive evidence calls increasingly for a recognition that urban and natural ecosystems should be considered as continuities, not disjunctures. From the CAS perspective, urban form can be considered as part of the natural system to contribute to a better quality of life for all species, that is, turning our focus from ‘people-centric’ to ‘life-centric’ development for all.

If you want to work hard, to experiment, to be brave, to abandon a lot of theories that you previously learnt, and do something different and exciting, to learn, then this studio is definitely the one for you.

We will be designing something that will allow something else to happen; this may be something that we cannot predict but that it might improve the environment in which we live. And in order to do this, we will need to abandon our preconception that humans are constantly under threat from nature, and we need to fight it back with design (Colombina & Wigley, 2019). We are not the only species worth preserving.

We will have to forget most of urban theories in which deterministic progressions are privileged. In place of these, we will adopt Complex Adaptive System (CAS) theory that postulates that any healthy system requires periodic perturbation (disturbance).