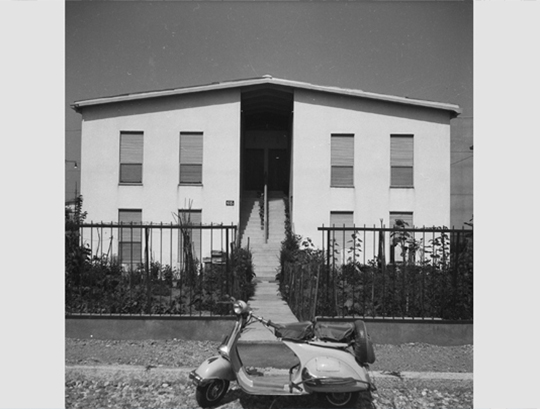 Architect-led discussions of the suburbs customarily begin with a statistic aimed to reinforce that in fact the majority of Australians live within this urban context. The discussion invetitabley regresses into a battle of the styles, asserting that, if only the suburbs were in better taste, the problems arising out of decentralisation and individuation may be overcome.

Instead, the studio takes the urban condition of the suburbs as-found, focussing instead on the question of the suburb at the scale of the architectural object - the Duplex - as a response to both calls for increased density and the realities of social isolation.

Each student will work individually on a project within an existing contemporary suburb. In the first half of the semester we will look at exemplar apartment plans and apply their lessons to the bungalow typology. The important internal question of an apartment plan is not the unit itself but how two units come together. This will be an intensively plan-oriented set of studio sessions.

The second half of the semester will shift the focus to the street and garden. Here the expression of the building will be the primary focus. We will consider the elements of the suburban street as figures to be reconfigured anew.

Andrew Power is an architect practicing in Melbourne. After working for Office Kersten Geers David van Severen in Belgium, Andrew returned to Australia to teach and build. He believes architecture is about proportion and arrangement, and that when your proportions are strong, you can make a lot from common things.

Kate Finning is an architect practicing in Melbourne. Kate is a graduate of the Architectural Association School of Architecture in London where she completed her AA Diploma under Pier Vittorio Aureli and Maria S. Giudici. Kate’s built work and teaching centres on the architecture of housing and the domestic plan as a project.