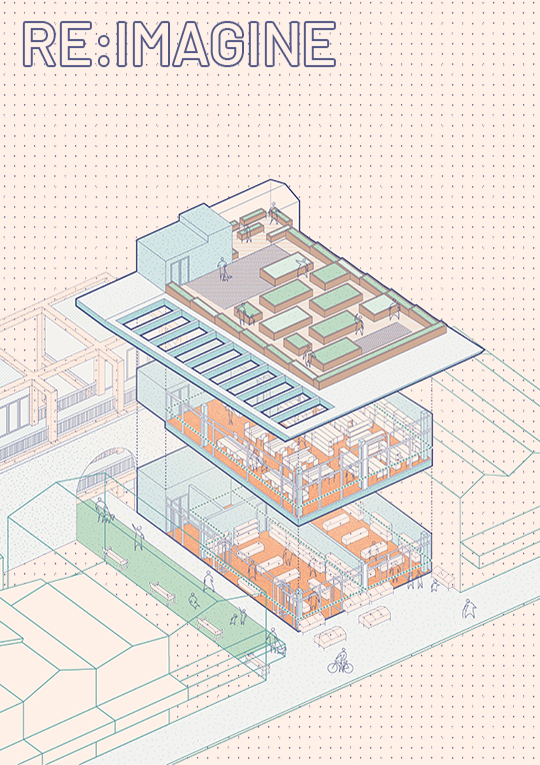 As cities continue to urbanise and expand relentlessly, what were former fertile farming land became new towns, residential subdivisions, or industrial complexes as such. Former industrial stocks are now left vacant and underdeveloped; supermarket chains have also stopped renting big boxes and decided to build their own instead, leaving big vacant buildings in the middle of our cities that are now hardly rentable.

­Buildings are often designed to fit a specific set of uses and programs but most of the time, they tend to outlive these initial uses. Instead of demolishing and rebuilding new ones, this studio looks through the lens of adaptive reuse to propose a wide range of solutions for these existing spaces in our cities and fit them with new purposes and life.

In the studio, students will have to question their architecture principles, develop, and think about the idea of space, its capacity both in spatial and temporal aspects, and develop a response that would not only propose a more relevant use for the site, but also re:imagine a space more integrated with its local context.

Re:imagine will be an open brief studio where students will be encouraged to develop their own spatial requirements, uses and projects, which could touch upon the principles of urban design, heritage, sustainability as well as relate to the current COVID-19 situation that largely impacted our normal use of space.

The semester will begin with an intensive research about building reuse, best practices, and its challenges, followed by an assessment of capacities around Greater Melbourne or other cities to determine their individual test site. Readings, lectures, and workshops with guest collaborators taking part in the shaping of the city will help students develop their research and design propositions, leading to the creation of a program that will be the basis of their design proposals. These design proposals shall be developed with a timeline of actions to ensure they remain flexible and relevant to the city over time.

Matthieu is a French Architect with international experience in Australia, Philippines, Canada, and France where he has worked on several residential, retail, and commercial projects, such as a social housing project and mechatronic housing model. He also worked on a number of award-winning and recognised entries for architectural design competitions such as Courtyard City in Beijing, Journey by the Bay in Manila and most recently, for his proposal Neighbourhood Characters for the Melbourne Affordable Housing Challenge. While working in practice, Matthieu has tutored on a number of subjects and studios for both bachelor and master’s degrees.