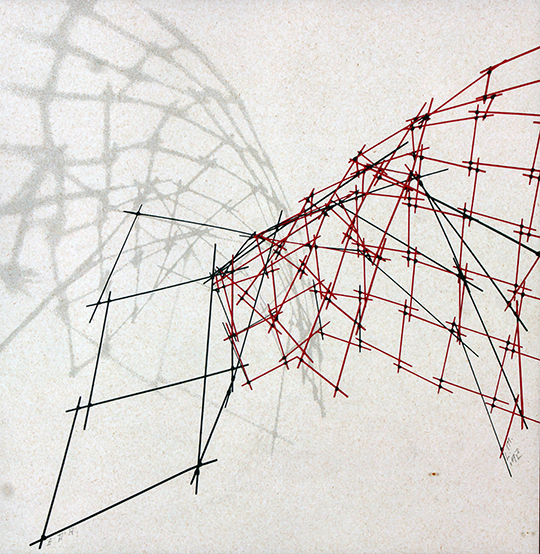 The studio will question what urban and architectural form a public infrastructure for wellness and leisure should take; an Antipodean obsession and export coagulating strong cultural communities  and aesthetics.

Architecture is the abstract discipline of measuring and seeing the world (in Vitruvius’s words, “the reiﬁcation of reasoning”), and as such concerned with organising data, proportions, and harmony. It is the political art of giving spatial deﬁnition to lebensformen; of building and giving material form to ways of living individually and collectively. Lastly, it is the management of complex material and  productive ﬂows, including the labour implicated in the making of the human habitat. Moving within  this deﬁnition we will explore analog and algorithmic tools to devise a new formal, compositional and  tectonic vocabulary to deal with emerging urban problems related to public welfare.

The studio’s methodology is founded on cultural research, typological analysis and formal experimentation weaving a continuity between the tradition of Rationalism and new innovations in computational design.

The project's methodology will be focusing on precise composition, 3d modelling, spatial analysis and tectonic experimentation, grounding formal explorations within established methodologies and historical knowledge. Formal research is developed with sensibility to existing urban typologies and context; the use of new computational tools is to be measured within proportional rules and compositional rigour, and contempered to deep cultural research on the context and programmatic brief.

The deliverables will be split into two phases.

Phase one; each student will develop a high quality critical visual research book on the topics of body practises, wellness, and sport.

To produce an architectural methodology for tectonic experimentation based on precise composition, 3d modelling, spatial analysis. Beyond this, the development of computation and programming skills to support design experimentation.

Alessandro Bava (b.1988 Naples, Italy) is an architect based in Milan. Currently he runs BB a collaborative architectural practice with Fabrizio Ballabio. After graduating from the Architectural Association in London with Pier Vittorio Aureli he was part of åyr, a collective making research on the sharing economy and domesticity and was the editor of Ecocore, an ecology magazine. He has taught a cluster on computational architecture at Bartlett B-Pro and is currently curating the next issue of the program’s academic Journal ‘Prospectives’. His work has been exhibited at the Venice Biennale, the Berlin Biennale, the Stedelijk Museum in Amsterdam, the Ludwig Museum in Cologne, Fondation Cartier in Paris, Moderna Museet in Stockholm and recently at the Quadriennale in Rome.

Alexei Haddad (b.1991 East Melbourne, Australia) is an Australian New Zealand architect based in Milan. He holds an MSc from Politecncio di Milano. In 2021 he founded usa, an architecture oﬃce based in Milan with projects in the EU, United Kingdom and Australia. He has worked in professional practice across the EU and Australia and has worked in academic research and education at the University of Melbourne and the University of Tongji.