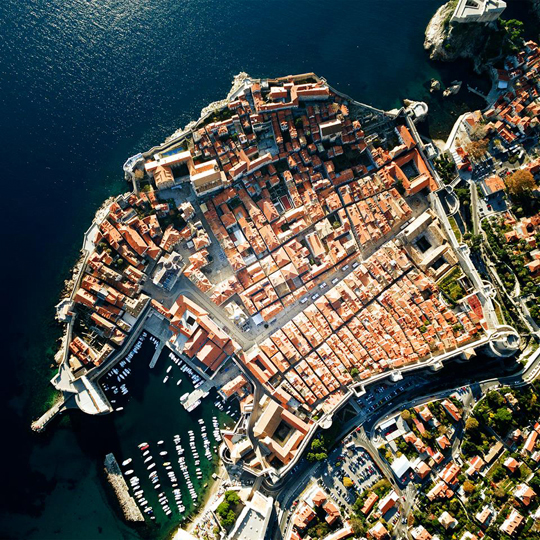 The studio on the Third Digital Turn of Non-Standard Architecture investigates novel methods of form finding and construction by using computation and automation. A computational approach in architectural design emphasises two essential features: first, a continuity between material and information; and second, an ability to create organic organisations and behaviours through software and computing applications. The studio question underpins investigation to reinscribe the concept within ecological means and re-evaluate the terms of architectural form. Ecology is traced through the social, political and existential aspects. The architectural interventions are within the urban matrix and architectural form of the City of Dubrovnik.

Students will develop an architectural design from selected readings and media provided, including site information, archival material and lectures on spatial, structural, material and environmental systems. The codification of the architectural prototype will explore the limits of Non-Standard Architecture informed by material, construction and automation within the urban environment of the City of Dubrovnik codified with the Statute of Dubrovnik in 1272. The students will describe the architectural design project through digital models and drawings that show the detailed organisation, assembly and design in relation to its urban settings and surroundings. The students will gain an understanding and knowledge of how to document, present and communicate design results in relation to design objectives and the history of the project design, as well as key conceptual and theoretical terms relevant to the project.