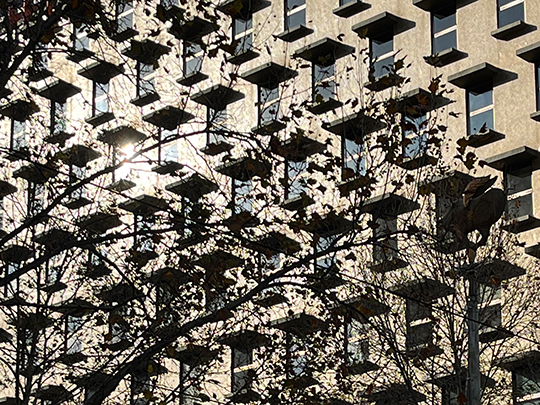 In recent years, the Planning Policy Framework and the Metropolitan Planning Strategy (Plan Melbourne) placed great emphasis on how to accommodate rapid population growth and the increased demand for housing. Housing intensification was encouraged in areas ‘in or around activity centres, along public transport corridors and strategic development areas’. The Northland Urban Renewal Precinct in the City of Darebin ‘forms part of a broader vision for Melbourne’s northern region’. There are a number of designated ‘Substantial Housing Change Areas’ aimed to support increased residential densities and housing diversity. Residential Built Form Guidelines were assembled to guide the built form of higher density residential development in these areas. While the Guidelines prioritise a new building typology, the ‘Garden Apartment’ for apartment development, the proposal is prescriptive and has not yet taken into consideration the specificity presented by different site conditions and constraints.

The studio project will be carried out in three stages. Students will first conduct precedent studies through tracing, diagramming and historical research. They will see housing typologies as socio-spatial, formal and technological phenomena in their historical context, and thus consider the basis for their own design exploration.

Students will then identify the key contextual factors of their project, such as social-cultural conditions, legislative requirements, site conditions and constraints, new social demands, etc. They will create their own brief and formulate design options in response to the specific reality identified.

Students will subsequently proceed to consolidate their ideas and develop their project into a resolved design illustrating formal and spatial, programmatic, and technical innovations that can enable speculation on the new typology for housing intensification and its ongoing impact on the neighborhood.

Dr Ming Wu is a co-founder and design director of Studio W Architects. He gained his doctorate at the University of Melbourne where he has been involved in teaching architectural history, theory and design since 2007. His research centers on spatial analysis, socio-spatial relationships, architecture as a social construct, and the politics of urban space.