proposal for the domestication of a FAMOUS tower in Melbourne 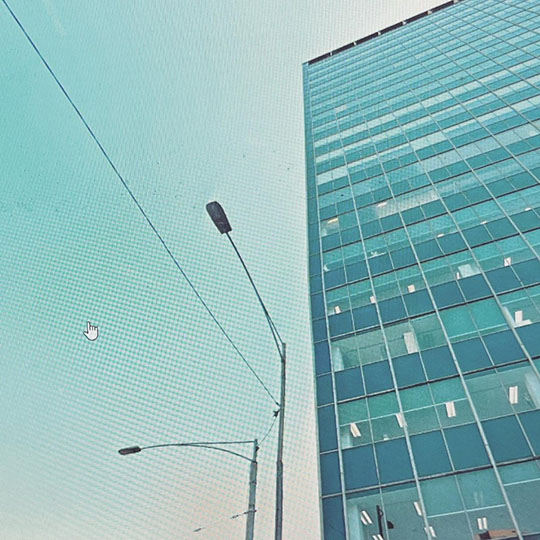 “Today’s culture is somehow both mega atomized and blandly conformist. The contemporary public sphere creates an overriding pressure for conformity of language and ideas; and the worst part is, it’s all pantomime. Nobody says what they really think. Rather, everybody defers to an illusory accord, and this makes for a highly distorted perception of reality”

The adjacent architectural manifestations can be seen in the erosion of anonymity and basic privacy within the workplace, on the street, and, most importantly for us, within the home. Co-housing, micro apartments, the ever more diffuse distinctions between what is private and public have all worked (successfully) to disintegrate both the distinction between 'work' and 'leisure/rest', while simultaneously acting to diffuse change. The results have been catastrophic. Atomisation and the creation of the 'illusory accord' have cultivated an occasionally shared but desperately warped relationship to truth, to living.

Thus the studio asks a simple but radical question – can we re-purpose office space for dwelling? Can we de-establish the ambiguity between the public/private? Architecturally, the office plan offers a generic building layout. Typically organized as unobstructed space with a minimum number of vertical supports and vertical circulation and clustered services, the office plan can easily be adapted to any use and occupation. Uniformity in plan and elevation belies a deeper complexity of detail – a door handle, a ledge, the location of an outlet.

We will challenge existing methods of domestication to produce alternative housing configurations within a context defined for us, by someone who existed long before us, uninfluenced by our contemporary world... Can we manipulate a shrine to corporatism into a monument for it’s direct other, domestic collectivism?

Over a 12 week course a consistent approach of inquiry will guide students through three moments of specific engagement.

Students will engage in a precedent study of a single re-purposed, refurbished, or renovated building. The exercise will be short and sharp. A clean set of documents will be produced. A plan, a section, an elevation, a detail, a render, a model. We will operate at scales of 1:200 and 1:20. We will aim to establish a formal drawing language for each student individually and for the studio holistically.

3 A Number of Units on Spring Street 50%

In the final period of semester students will continue with their proposals, and start to formulate their ideas in both speculative representation and 'hard orthographics.' The project presented will finely balance a future not too ridiculous to conceive of, a proposal not too contemporary as to be misunderstood. A rigorous research project manifested as genuine architectural response. The 1:20 and 1:200 scales provide an astute level of detail and a platform for speculation, for a reality that could exist. The proposal will challenge the logic of capital as edifice; it will imagine a different future, borne literally from the remnants of the past. Put simply, a well considered refurbishment of an iconic office building into an iconic housing project. Contemporary, strange, recognisable, and above all utterly essential.

It is an expectation that students will engage, converse and participate in class regularly, if not always. Throughout semester students will engage with a series of readings that may or may not inform their precedents. The aim here is to establish an understanding of Theory, of world forces, and of architecture as ‘hard precedent.’ These things are not always compatible, and they do not need to literally be tied together or influence each other. Awareness is the key, not heavy-handed referentialism.

Leonidas Koumouris is an architectural designer working in Melbourne. In 2019 he joined cryptic design collective myriad.industries. He has taught in Sydney, in Spain and in Melbourne JOIN US

Readings and references will be provided in Week 1. In the meantime…