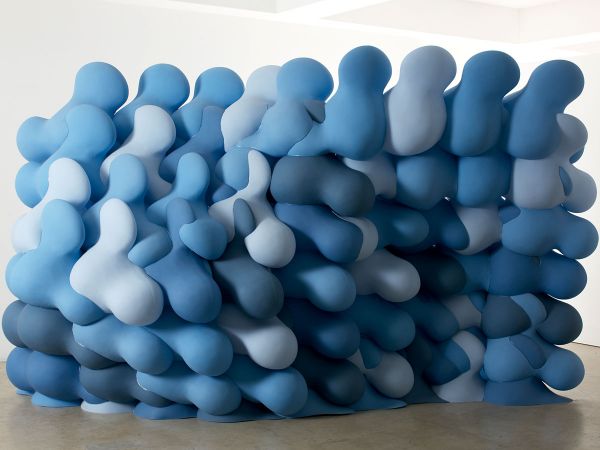 In September Melbourne School of Design will host a public lecture by Greg Lynn, the first Fellow-in-residence as part of the Treseder Fellowship and an innovator in redefining the medium of design with digital technology as well as pioneering the fabrication and manufacture of complex functional and ergonomic forms using CNC (Computer Numerically Controlled) machinery. The buildings, projects, publications, teachings and writings associated with his office have been influential in the acceptance and use of advanced materials and technologies for design and fabrication. As design opportunities today extend across multiple scales and media, his studio Greg Lynn FORM continues to define the cutting edge of design in a variety of fields.

His work is in the permanent collections of the most important design and architecture museums in the world including the CCA, SFMoMA, ICA Chicago and MoMA. Because of his early studies in philosophy and architecture he has been involved in combining the realities of design and construction with the speculative, theoretical and experimental potentials of writing and teaching. In addition to designing consumer products utilizing new materials and manufacturing technologies with companies like Vitra, Alessi, Nike and Swarovski he is also a co-Founder and Chief Creative Officer of the Boston based intelligent lightweight mobility company Piaggio Fast Forward.

Technology, culture and lifestyle are provoking new attitudes towards how we live, move and build.  What would have been called architecture is now fusing with entrepreneurship, robotics, transportation and logistics to expand the field of design into new intelligent products, spaces and environments.

Because architecture is a field defined by statics, it was appealing to look towards digital tools based firstly on animation and later on procedural processes as a way of innovating and challenging the status quo.  These tools, including Computational Fluid Dynamics (CFD) and Inverse Kinematics (IK), were initially used for the generation of forms that, after their conception, remained static.

Beyond buildings, the design of these products all involve dynamics rather than statics.  Yet, most of them are focused on the perennial concerns of architects, ranging from the human body in space and its ergonomics to city making and urbanism though the design of singular objects.

Greg Lynn is supported by the Robert Garland Treseder Fellowship and Creative Futures.