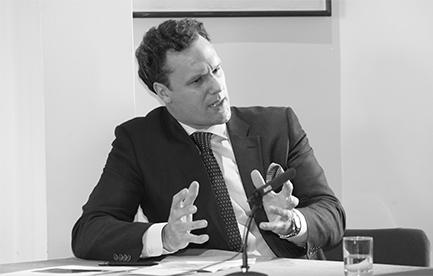 Back to the Future: Architecture and the Geopolitics of Communications Technology in the Edwardian Era
Professor Alex Bremner - University of Edinburgh

The world is currently experiencing a telecommunications race the political implications of which are perilous. Extending far beyond corporate interests, concern rests with who creates, owns, and ultimately controls such technology, including the intervening power of the state. Such technology has in recent years become a proxy for international power politics as its potential uses raise alarm. The development and installation of 5G mobile phone infrastructure is perhaps the most widely publicised example of this concern.

This dilemma was rehearsed during the first telecommunications revolution in the late Victorian and Edwardian eras. Then, as now, the geopolitical stakes were high, as the world’s great powers jostled for advantage. To control information was to control society and the economy, not just at ‘home’ but abroad. The ability to communicate over vast distances via the telegraph enabled European imperial powers, and Britain in particular, to govern their global empires in direct and newly systematic ways. These technologies required an infrastructural basis that necessarily took spatial form. Submarine cabling, as well as telegraph stations and offices, became ubiquitous features of this brave new world, as did the techno-utopian politics that accompanied them.

This lecture considers the architectural manifestations of this ‘first’ telecommunications age. It will highlight how the coalescence of these concerns in the context of global communications and conflict encouraged ideas of closer union between Britain and its colonial empire. Particular attention will be paid to how, in this context, the Edwardian Baroque movement in British architecture sought to present ‘Greater Britain’ as a strong and coherent cultural and political unit. Buildings associated with communications technology, such as post offices and telegraph companies, were one form that embodied this idea. The rhetorical dimensions of this architecture in relation to the projection of imperial power across the British world will form the lecture’s focus. 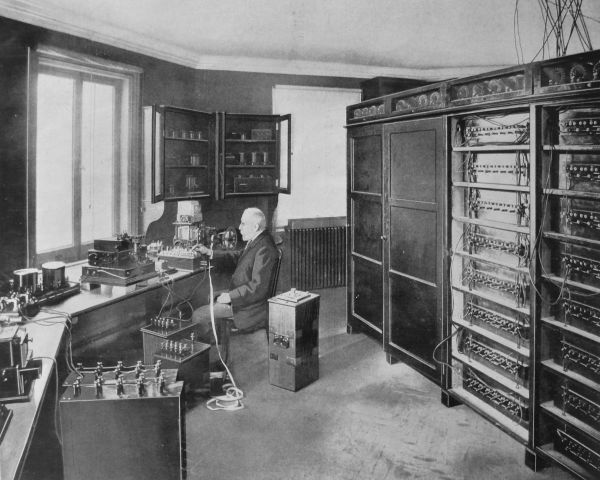 Alex Bremner is Professor of Architectural History at the University of Edinburgh. He specialises in the history and theory of nineteenth- and early twentieth-century British architecture, including British imperial/colonial architecture, architecture and energy in the context of climate change, and the spatial networks of commodity exchange in the Asia-Pacific region. His books include Imperial Gothic: Religious Architecture and High Anglican Culture in the British Empire, c.1840-1870 (2013) and (ed.) Architecture and Urbanism in the British Empire (2016). He is currently completing a new study entitled Building Greater Britain: Architecture, Imperialism, and the Edwardian Baroque Revival, c.1885-1920, to be published by the Paul Mellon Centre and Yale University Press in Autumn 2022.

Zoom link is available via registration on Eventbrite.

The event will be recorded and a link will be posted to the ACAHUCH website and the Melbourne School of Design Youtube under the ACAHUCH playlist in the weeks after the event.

Professor Bremner is joining ACAHUCH for April of 2022, supported by the Miles Lewis Fellowship at the Faculty of Architecure, Building and Planning at the University of Melbourne.