MSD at HOME with amid.cero9 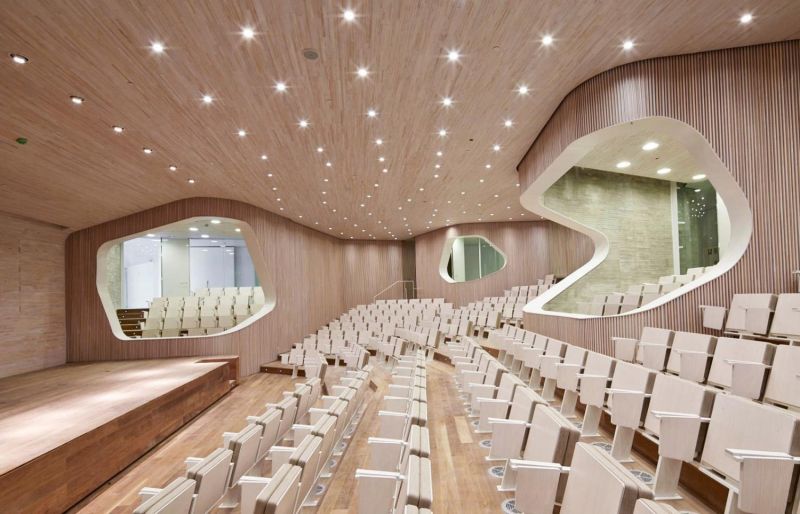 The talk will verse and will be developed under the framework of the description of our office. Amid is the English preposition which designates the space in between things, objects, people or natural species and is also used to express something that happens at one temporal point in the course of a process, something that is not already fixed or closed, but in the same process of being defined. Eyes Rooms Gardens, a talk by amid.cero9, will be based on a choral recount, with many voices from different authors, places, scientific disciplines and moments of history but also a partial one, which gathers some of the main topics of concern and study that gave rise to the project of the headquarters of Institution for Free Education in Madrid, anchored both in our own personal concerns and in the intellectual connections of the Institution, with the aim of projecting the intellectual legacy of Giner de los Ríos towards the future.

The notion of landscape by Giner de los Ríos, embodied in the seminal article of the founder of the ILE, Paisaje, the collective walk as a pedagogical tool and its connections with Henry David Thoreau (1817-1862), Friedrich Nietzsche (1844-1900) and Jean-Jacques Rousseau (1712-1778) ), the recreation of the historic garden through the idea of microcosm, the ideas of distance, depth and associationism derived from the first experiments that gave rise to the English landscape garden in the first two decades of the 18th century, the idea of meandering path, the work with the glance in movement, the perceptive experiments of the lattice of the garden based on the stereopsis, and finally the notion of cosmography and the techniques of representation based on the works of Horace-Bénédict de Saussure (1740-1799), Alexander von Humboldt (1769-1859), and Franz Schrader (1844-1924) will be examined through the connections of the Free Institution of Education project and different amid.cero9 projects from the period between 2004 and 2015.

Cristina Díaz Moreno & Efrén García Grinda are principals and founders of the international recognized architectural practice amid.cero9. Founded back in 1997 as a collaborative platform to investigate the intersections between architecture, culture and nature, the practice has evolved into a research-based design practice focused on contemporary urban, technological and cultural challenges. Intensely committed to the development of methodological disciplinary processes, amid.cero9´s projects combine constructive precision with conceptual clarity and uncover the specific opportunities and special nature of each context, cultivating an approach to the contemporary notion of space that enlists sociology, technology, media and politics.

With a vast academic experience, they are Professors and Directors of the Studio 1 in the Institute of Architecture at the Angewandte, Vienna, succeding Zaha Hadid (2000-2015) and Kazuyo Sejima (2015-2019).

They are Visiting Lecturers at SOA, Princeton Universtity (2017-), Design Critics in Architecture and co-directors of an Option Studio at the GSD, Harvard University (2015-2017), Diploma Unit Masters at the Architectural Association (2009-18), Visiting Professors at the Institut für Kunst und Architektur at the Akademie der Bildenden Künste, Vienna (2013-14, 2018-19), and Visiting Professors and Unit co-directors in the SAC Städlschule Architectural Class, Frankfürt (2016-2017). While teaching together in Madrid from 1998 till 2013 (in parallel at ETSAM and ESAYA UEM) they have been visiting professors and lecturers throughout Europe, Asia and the US. Their work is part of the Permanent Collection of the Pompidou Center in Paris and has been exhibited in the Biennale di Architettura di Venezia, Official Section in 2010, 2004, 2000, Spanish Pavillion in 2014 and 2002 and Greek Pavillion in 2014, among others. Their projects have been widely disseminated and they have won more than 40 prizes in national and international competitions.

The projects and writings of their first fifteen years were documented in 2014 in a publication entitled “Third Natures, a Micropedia” and an exhibition at the AA, London. Recently a monographic issue on their work have been published in El Croquis (nº184) and their work on public space have been presented in a solo show entitled Vaults Beds Gardens at SOA Princeton University (2019).

They have recently built the legendary Institución Libre de Enseñanza head-quarters in Madrid for which they have received several mayor prizes. Among them they have received First Prize Premios COAM 2015 (Colegio Oficial de Arquitectos), First Prize “Nuevos Valores 2015” given by the Architectural Di-gest and Premio ACI A2015, for the best “Proyecto Sostenible y Contribucion Social” given by the Asociacion de Consultoras Inmobiliarias. And it was recently acclaimed by Sir Norman Foster who stated publicly "I think it is a wonderful breath of fresh air... It is inspirational"

AMID.cero9 is a medium scale office formed by 12 people, 3 senior architects and 3 junior architects, 2 quantity surveyors, 3 graphic designers, and 1 artist. AMID.cero9 is an office based on collaboration with external operators using the synergy between various disciplines to link the professional practice with the academic. After a decade marked by winning architectural competitions and a constant presence in important events -such as the Biennale di Venezia- and the specialized media, Amid.cero9 started building among others Giner de los Ríos Foundation, Cherry Blossom Palace or Diagonal80 and is developing international projects in United Arab Emirates and Finland. 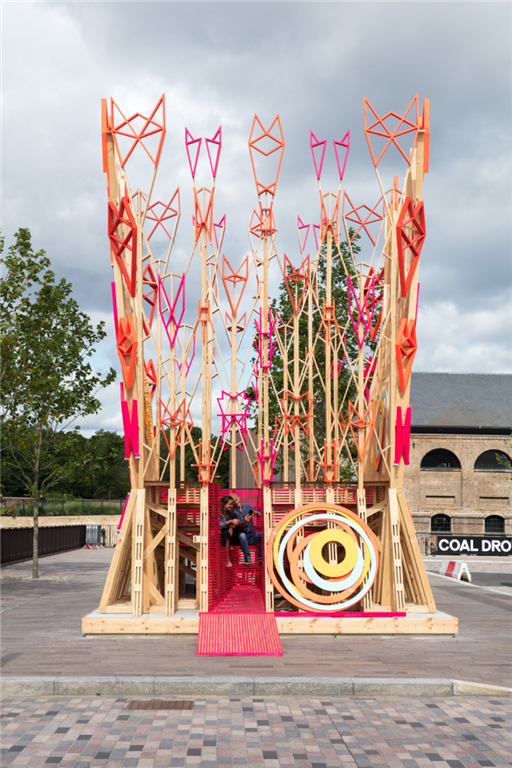 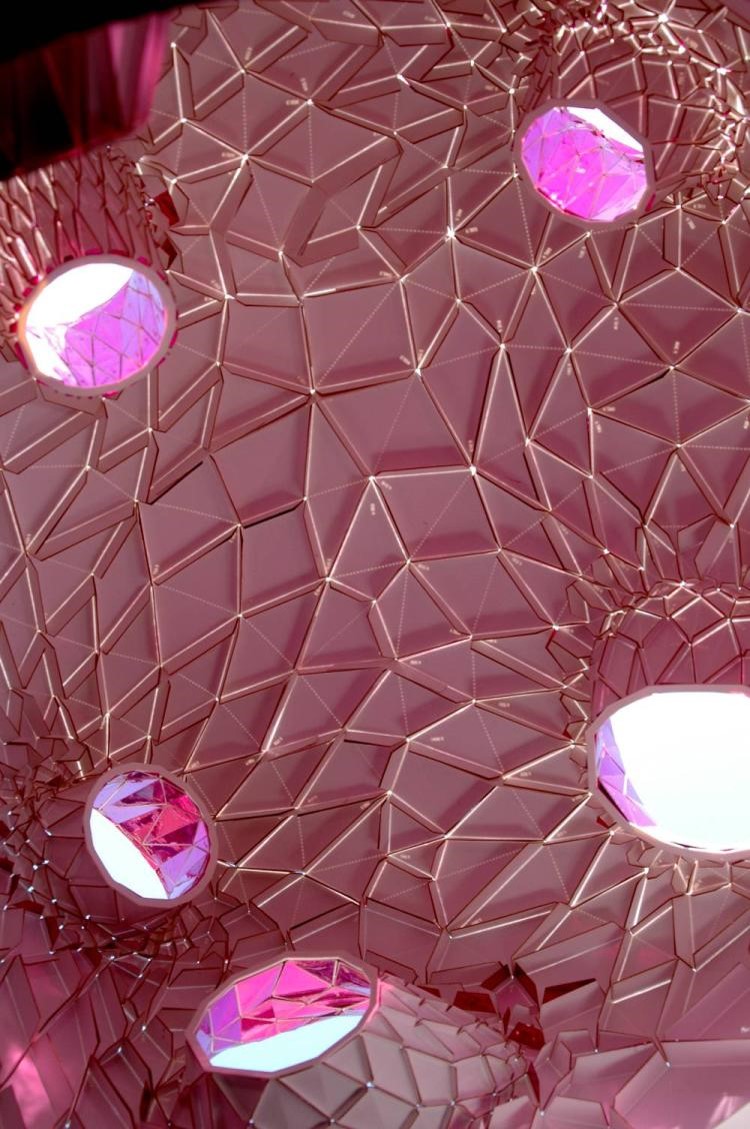 Event link: Once you have registered for the event, the event link will be sent to you via your Eventbrite confirmation email and reminder emails.