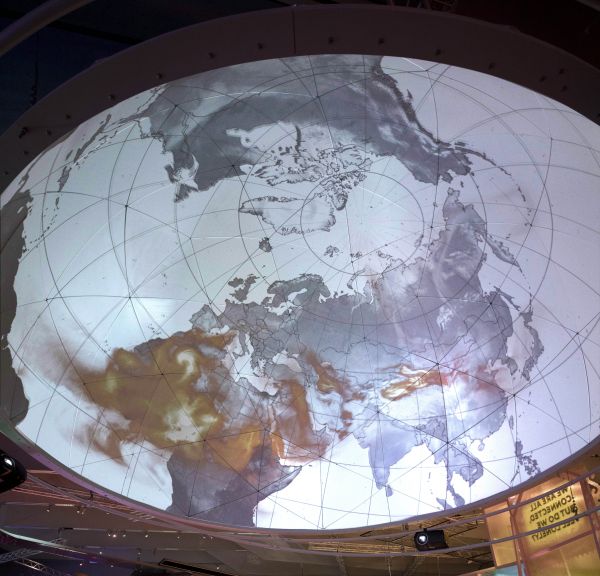 Climate change is the most urgent challenge facing humanity today. At its most fundamental level, climate change is the consequence of societies that have learned to apprehend the world in the most fatal and reductive of terms, as nothing more than a resource to be exploited. The dominance of this perspective already leads many beings to exhaustion, soon it will lead them all to extinction.

What processes have brought the world to this point? How is it, that a single perspective has come to dominate all others?

Rights of Future Generations questions how inheritance, legacy, and the state of the environment are passed from one generation to the next, how present decisions have long-term intergenerational consequences, and how other expressions of co-existence, including indigenous ones, might challenge dominant Western perspectives.

Lahoud’s PhD, titled The Problem of Scale: The City, the Territory, the Planetary, sets out a theory of scale drawn from architectural practice in the context of emancipatory struggles.

Recent exhibits include Climate Crimes at The Future Starts Here, V&A Museum, London; The Shape of the Eclipse at Let’s Talk about the Weather: Art and Ecology in a Time of Crisis, Guangdong Times Museum, Guangzhou & Sursock Museum, Beirut; Secular Cosmologies in After Belonging at Oslo Architecture Triennial; and Floating Bodies at Forensis: The Architecture of Public Truth, Haus der Kulturen der Welt, Berlin. He has also contributed to Haus der Kulturen der Welt’s Anthropocene Curriculum and Technosphere projects.

Lahoud is the inaugural curator of the Sharjah Architecture Triennial to be held in November 2019.

Part of the BE–150: celebrating built environments education at the University of Melbourne 2019 program.