ABSTRACT: This paper examines the planning, development and subsequent history of two new townships located peripherally to the north of two metropolitan cities in the north of the UK: Killingworth in Newcastle upon Tyne and Whitfield in Dundee. Both of these housing estates were seen in the 1960s as self-contained mini new towns, or ‘townships’, as they were described at the time. They were designed to accommodate decanted population from central urban areas to new modernist public housing estates, led by their local authorities, as substandard housing in cities were subject to clearance programmes. Killingworth, commenced in 1963, had a target population of 20,000; Whitfield, commenced in 1967, had a target of 12,000. By the postwar era, both cities were under-bounded, experiencing a lack of space within their traditional tight administrative boundaries to accommodate new residential sites on this scale. With the need to accommodate thousands of people, the two towns were functionally separate from the old urban cores, and were planned to have schools and health services and shopping and community facilities integral to their design. Alongside this, there was also the provision for local employment provided by new industry relocated to the vicinity. Both Killingworth and Whitfield were connected to their cities by new road developments and by public transport.

Planned as visionary schemes by their architects, Killingworth Garth Estate’s architecture was brutalist with high rise blocks connected by open concrete walkways. The Pevsner Buildings of England guide described Killingworth as resembling “nothing so much as a set from Fritz Lang’s Metropolis”. Whitfield also became infamous, comprising a one mile long honey-comb shaped lattice of deck access flats completely interconnected by elevated walkways, and were known by their Swedish-designed name Skarne. Both Killingworth and Whitfield used industrial construction techniques and drew international acclaim on their completion. They may be seen now as a form of brutal urbanisation. In the event, once constructed, both townships accommodated some of the most deprived families in their cities, lacking personal means of transport, and soon became notorious for housing ‘problem families’ and experiencing a range of social problems including massive unemployment, crime, and substance abuse.

By the 1980s, as part of UK Government funding regimes, both townships were largely demolished to make way for new suburban housing, mostly privately owned, that also accommodated space for private car ownership. Connecting roads between the townships and the urban cores have also been. 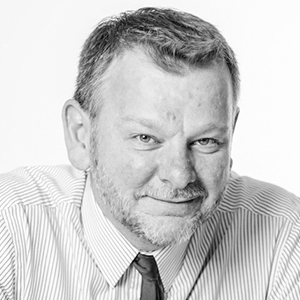 Mark Tewdwr-Jones is a Professor of Cities and Regions at the Centre for Advanced Spatial Analysis, Faculty of the Built Environment, University College London.

Andrew Hoolachan is a Lecturer of Urban Planning at the School of Social and Political Sciences, University of Glasgow.