ABSTRACT: The Esposizione Universale Roma’s (EUR) most significant legacy was its bending of the development prospects for the entire city of Rome in ways that are highly revealing of the abstraction of centrality in academic debates. As such, this paper aims to reconstruct the normative connotations of “historical” centre with reference to its antonym - the case of EUR. Fascist-era national law, which still regulates planning in Italy, gave both priority to Rome’s historical centre while the ideology from which it was drawn criticized nostalgia and promoted the modern development of Rome most notably with idea of EUR: notions of city-centre, centrality and a model of an alternative centrality emerged together. In this paper we: (a) introduce the theoretical frame for understanding this peripheral centrality; (b) discuss the political climate as the background for the planning and design of the EUR; (c) provide a “thick” description of the EUR as both a unitary spatial idea and a planning process spanning several decades; and, (d) describe how the EUR evolved since its first formulation. Ideas for the EUR surfaced in the 1930s and underwent several transformations though from an early point in its planning and development, the EUR was meant to become the nation’s new headquarters and business centre (EUR 2021) well in advance of new districts such as London Docklands and La Défense in Paris. The EUR struggled to develop according to plan in the immediate post war period but found new life and public purpose with the Olympics in the 1960s and most recently more mixed land uses benefiting from proximity to the international airport which opened in 1961. 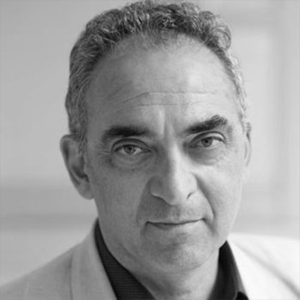 Marco Cremaschi is a Professor at Sciences Po Paris.