ABSTRACT: Traditionally as the city expands along its peripheries, the residents of these newly expanded peripheries would still be connected with the larger city. However, some of the new suburbs along the periphery would become so contained that their association with the larger city is limited and the new suburb emerges as an independent suburb, only to be spatially connected with the larger city, a phenomenon we can ascribe as peripheral centrality. The emergence of Electronic City, which developed originally as a suburb of Bengaluru in the state of Karnataka, India into a peripheral centrality is explored. Tracing the origins of Electronic City and analyzing its development trajectory, we examine how this has become a self-contained suburb of high-tech commercial activity, thereby resulting in newer neighborhoods that cater to the residential demands created by the workforce at Electronic City. Since the vast majority of these residents are neo-citizens, they lack a sense of belonging to the place and their association with the place is only transactional and transient. The consequence of these raises questions of identity and can be a concern on the larger sustainability of the place. 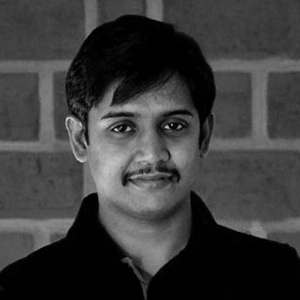 Sudhira has a PhD from the Indian Institute of Science, Bengaluru, India. Initially, he has employed satellite remote sensing techniques to study urban sprawl in India. He also led the team to prepare an Atlas of India’s Urbanisation that mapped the land cover changes for the top 231 cities over two decades. He has been a critique of existing ‘master-planning practices employed in India. As an outcome, he has delved into understanding the legalities of the urban and aspects concerning their governance. He is also an institutional ethnographer. He has established and leads Gubbi Labs, a private research collective that works on a host of domains ranging from sustainable ecosystems to liveable settlements using trans-disciplinary approaches.