ABSTRACT: South Australia’s Government Town Planner, Charles Reade, promoted his vision for ‘Adelaide and Suburbs’ in a plan that he unveiled at the First Town Planning and Housing Conference and Exhibition (Adelaide, October 1917) and reproduced and discussed later in his 1919 report on the Planning and Development of Towns and Cities of South Australia. For Reade, the 1917 plan served several purposes. Initially it was a visual tool to support his promotion not only of the focus, scope and benefits both of town planning and the garden city idea but also of what he touted as ‘Metropolitan Adelaide’s Unique Opportunity’ to plan for future growth on garden city lines. Before long, Reade used the plan to support his argument for the introduction of town planning legislation in South Australia and specifically the Town Planning and Development Bill 1919. Reade stressed, however, that the plan offered ‘preliminary tentative ideas’ for the development of Adelaide and its suburbs and that it would require elaboration if it were to be considered for implementation.

Notwithstanding its ‘preliminary’ status, the 1917 plan revealed Reade’s and other early 20th century town planning advocates’ vision for an anticipatory and holistic approach to planning as opposed to the piecemeal and haphazard methods that prevailed. The plan’s spatial order was clear, and Reade demonstrated how the garden city could be used to guide, shape, and contain urban growth at metropolitan scale through applying the concept of decentralisation and introducing satellite developments and reserved open space.

Reade’s plan was the first in Australia to plan for land use and for transportation patterns at metropolitan scale. It was not adopted formally and although several of its elements were realised in Adelaide in the 1920s and 1930s the plan in essence was lost. Aspects of it resurfaced in the 1960s in relation to reserved open space in the suburbs and two key open space elements came to pass towards the end of the 20th and in the early 21st century.

This presentation examines Reade’s 1917 plan in the context of the seminar’s focus on lost and past centres and peripheries by considering questions and scenarios including: What was Reade’s 1917 proposal for Adelaide and suburbs and what was its basis? What if the plan had been developed further (as Reade suggested), and applied? What was the professional and community response to the plan? Why was it not realised in full? Which elements were adopted and what was their effect, including vis-à-vis Reade’s original intent? And which elements were lost and what was the consequence, if any, of that loss?

Research sources include: the original version of the Adelaide and Suburbs plan 1917 and related materials such as Reade’s 1919 report on the Planning and Development of Towns and Cities in South Australia and primary archival documents, and published sources pertaining to: town planning and the garden city idea, the planning history of South Australia in the Reade era (1920s) and relevant later decades, and selected literature on metropolitan planning, primarily in Australia. 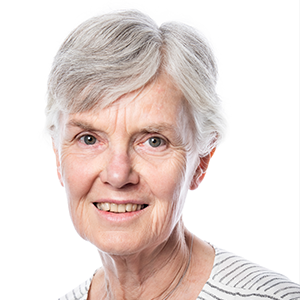 Dr. Christine Garnaut is Adjunct Associate Research Professor in Planning and Architectural History at the University of South Australia (UniSA), Adelaide, Australia, and president of the International Planning History Society (2018-22). She was the inaugural director (2002-2020) of the Architecture Museum at UniSA. Her research focuses on planned environments in Australia and especially South Australia and on the heritage of planning. She has a particular interest in the contemporary application of historical planning ideas and in the heritage of planning.