ABSTRACT: Centrality is often conceived as a functional and topological condition characterized by a zero-sum balance: agglomeration processes condense centrality in specific places to the detriment of others which become subordinated as peripheries in spatial hierarchies at several scales. But what if centrality is fundamentally a political relation, an inexhaustible substance that can be multiplied and proliferate through the explosion of urban potentialities? What if those spaces traditionally understood as quintessential peripheries—self-built, periurban settlements inhabited by displaced, subaltern populations—are actually a crucial engine of political centrality and social change, and therefore a critical feature of urbanization? This paper will draw on various categories and insights from Henri Lefebvre, postcolonial urban studies, and debates on planetary urbanization to analyze forms of spontaneous, self-produced centrality in an experience of “popular” urbanization. Following the Spanish Civil War and for over three decades the southern outskirts of Madrid developed as a belt of shanty towns and informal settlements housing around 30,000 families coming from rural areas. The so-called “problem of the suburbs” shaped urban and social policies during this period and forced the Fascist regime to launch a program of new periurban and satellite neighborhoods which nevertheless proved insufficient to contain the conflict. During the 1960s and 1970s the growing political organization of these communities became an important element in everyday and clandestine struggles against the dictatorship, and later informed the strategies new generations of planners and sociologists in the transition to democracy. This paper will explore the connections between the spatial aspects of these insurgent settlements, everyday life in the shanty town, and the political mobilization of marginalized communities. 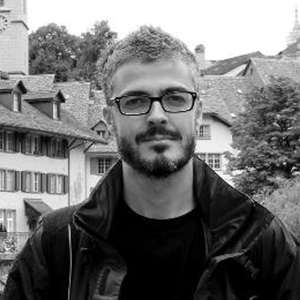 Alvaro Sevilla-Buitrago is an Associate Professor in the Department of Town and Regional Planning at the School of Architecture, Universidad Politécnica de Madrid.