ABSTRACT: This paper explores the concepts, ideas and practices underpinning the Soviet sputnik/satellite town programme, which pursued a more distributed and ecologically-sensitive urban growth. A case study of Moscow city region illustrates that history. Some foundational ideas emerged with the establishment of the Soviet planning system in the 1920s and the popularisation of the “garden city” ideas. However, the Soviet concept of sputnik towns became most accomplished as a planning and urban development practice under the Khrushchev government in the 1960s. The programme was a means of “de-densification” of largest cities and organising their near-peripheral space into a more resource-efficient and polycentric system - by (re)locating “clean” industrial functions, R&D facilities, population and housing away from the core city into planned self-sufficient communities. This peripheral centrality was most accomplished for the capital and largest cities of the Soviet republics that featured stronger urbanisation pressures. One critical factor was also national security considerations in face of the US/NATO bloc’s purposefully targeting these major civic “population” targets for a nuclear attack, as part of a plan for the “systematic destruction” of Soviet capabilities. Sputnik towns were experimental urban development projects, piloting Soviet innovations in urban design, social infrastructure, public space, city/nature fusion, as well in regional, metropolitan and transport planning. Many were built as specialised high-tech/science-based economies and were attractive for human talent seeking to move to the proximity of capital cities or improving their housing/living conditions. The paper reviews similarities in the sputnik towns programme and the present ideas for urban sustainability, such as those for liveable cities, 15-min walkable cities, green and low-carbon cities, sustainable mobility, mixed use and polycentric development. The paper also outlines the divergent pathways of sputnik towns and their legacies for contemporary urban agglomerations. Following the graduate expansion of the core urban areas, some sputniks were incorporated into the core cities. Furthermore, with the transition to capitalism in the 1990s, which corresponded with a de-scientification of Russian smaller urban economies, rapid suburbanisation and damages to greenbelts and suburban ecosystems, the majority of sputnik cities became functionally more subordinate to the core, particularly to its real estate markets, and lost many of their ‘sustainability’ functions. Yet, the original DNA of these cites continues to cast its impulses for a more polycentric and distributed growth in post-Soviet city-regions in the form of edge-cities, administrative organisation of metropolitan areas and highly skilled labour potential. 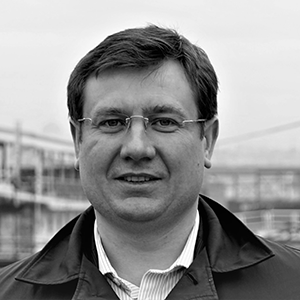 Dr. Oleg Golubchikov is a Reader in Human Geography at Cardiff University. 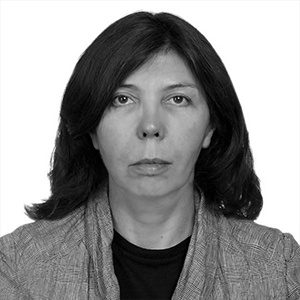 Irina Ilina is a Doctor of Economics, Professor at the Higher School of Economics, member of the Expert Council of the State Duma of the RF. She is director of the Institute for Regional Studies and Urban Planning of the HSE. Irina graduated from the Lomonosov Moscow State University, and is a scientific supervisor, author and member of the author's teams of more than 500 research papers and urban planning projects on the problems of strategic and territorial planning, land use, urban planning design, the formation of a sustainable development policy, environmental and economic problems.