ABSTRACT: War and military practices have shaped and reshaped cities and suburbia for millennia. Concentrated settlements hidden behind high walls were an important pattern of defense at a time before airplanes and aerial war. Since the start of the 20th century, decentralized settlements and urban deconcentration have provided a better protection against military attacks. The Japanese military developed suburban settlements in the 1930s knowing the potential danger of wars fought in the dense Japanese cities mostly built out of wood. Modernist planners in post-war Germany proposed high-rise in greenery projects based on their experience with both firestorms created by bombs and rubble that blocked streets. In the US, the defense industry was an integral part of the national suburbanization process. During WWII, the Mutual Ownership Defense Housing Division promoted the construction of suburban housing projects for defense workers and their families. Post-war suburbanization was fueled by discharged veterans while German-based US military housing settlements formed a way to install American ideals to the Cold-War’s easternmost frontier. In Israel, American-style suburbs housing acting military officers formed a governmental tool to stimulate the development of peripheral towns and to facilitate territorial expansion. In conclusion, this paper reflects on modern warfare in the design of contemporary cities. Carola Hein is Professor and Head, History of Architecture and Urban Planning Chair at Delft University of Technology. She has published widely in the field of architectural, urban and planning history and has tied historical analysis to contemporary development. Among other major grants, she received a Guggenheim Fellowship to pursue research on The Global Architecture of Oil and an Alexander von Humboldt fellowship to investigate large-scale urban transformation in Hamburg in international context between 1842 and 2008, and a Volkswagen Foundation grant for a mixed method digital humanities project ArchMediaL. Her current research interests include the transmission of architectural and urban ideas, focusing specifically on port cities and the global architecture of oil. She has curated Oildam: Rotterdam in the oil era 1862-2016 at Museum Rotterdam. She serves as IPHS Editor for Planning Perspectives and as Asia book review editor for Journal of Urban History. 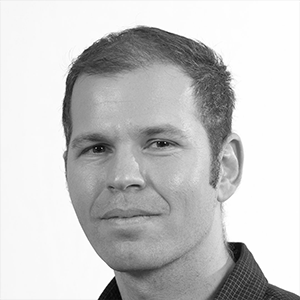 Dr. Gabriel Schwake is a researcher and lecturer in the Department of Architecture, Delft University of Technology (TU Delft)