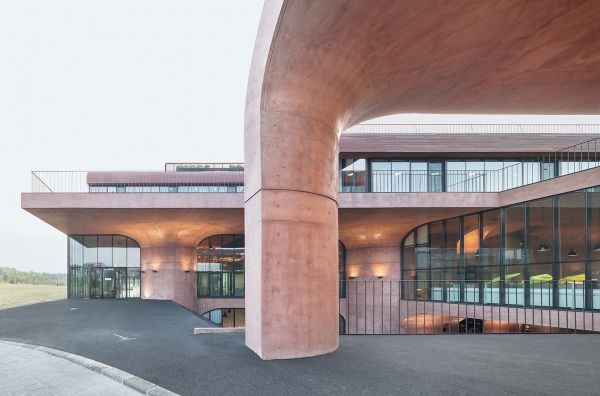 In Recent Works, Minsuk Cho will explore the work of Mass Studies, the Seoul-based architectural practice he founded in 2003. Mass Studies’ body of work responds to a series of distinct geographic, social, and political conditions in constant flux.

Consequently, each project has developed from ideas extracted from its own highly specific conditions, each with multiple variables of scale, speed, and economy - small to large, slow to fast, and cheap to expensive - seemingly absent of apparent order.

In response to the fluctuating complexity of urban development, and grounded in an obsessive curiosity of the reality in which it operates, Mass Studies has pursued a methodology of “systematic heterogeneity”  that simultaneously embraces the general, the obscure, and the unseen as opportunities.

The built and unbuilt projects of Mass Studies are an on-going cartographic record of ideas over time. Individual projects are less isolated events and more an interconnected assemblage of multiple ideas. With a disciplined method for each architectural pursuit, they include specific combinations of typological, formal, temporal, social, relational, behavioural, and experiential ideas that allow the process of design to take place within dynamic, yet defined, parameters.

To stay abreast of such fluid conditions, the architect must constantly strategise and be responsive to changing contexts. Like the game of Go, each move is both offence and defence, creating a constellation of reactions in an evolutionary process. This requires one to be aware of and utilise everything that came before while projecting what might happen after. Our projects are not concerned with the a priori narrative of an architectural beginning and the physical end of the work. They are rather the conception-to-realisation of a building as the in-between performance of a larger recursive process.

Minsuk Cho is an architect and founder of Seoul-based firm Mass Studies. Cho graduated from Yonsei University and Columbia University, and spent his early career in New York and Rotterdam, and in 1998, co-founded Cho Slade Architecture in New York. Since returning to Seoul in 2003, he has been committed to the discourse of architecture through socio-cultural and urban research and mostly built works, which have been recognized globally, with representative works including the Pixel House, Missing Matrix, Bundle Matrix: S-Trenue, Ann Demeulemeester Shop, Korea Pavilion: 2010 Shanghai World Expo, and Daum Space.1, Osulloc: Tea Stone/Innisfree, Southcape: Clubhouse, and Dome-ino. Active beyond his practice, he has co-curated the 2011 Gwangju Design Biennale, and was the commissioner and co-curator of the Korean Pavilion for the 14th International Architecture Exhibition - la Biennale di Venezia, which was awarded the Gold Lion for Best National Participation. In late 2014, PLATEAU Samsung Museum of Art, Seoul, held their first ever architecture exhibition, highlighting his works in a solo exhibition titled "Before/After: Mass Studies Does Architecture." Cho is an active lecturer and speaker at symposiums worldwide.