The Faculty of Architecture, Building and Planning presents an international research seminar series on the global south built environments.

In this seminar, the panel will speak about customary land and its interaction with global politics and local governance in small-island developing states. Customary lands are a feature of island nations that offer a competing narrative to how ownership is understood, and whose sovereignty is most immediately threatened by sea-level rise. Pacific and Caribbean people negotiate their place in the city and in the world differently than people living in the informal settlements of Calcutta, the edge cities of the United States, or the urban villages of Shanghai. Customary tenancies have always offered an alternative to private ownership established through the registered title. Custom has allowed many people to settle with more tenure security than in other parts of the global South where informal settlements are the dominant urban fabric. Island people negotiate their places in the world in the shadow of a total loss, and international politics is starting to recognise that impending loss. Recognition of customary land-possession practices is a feature, then, of scholarship that includes the Southern perspective. 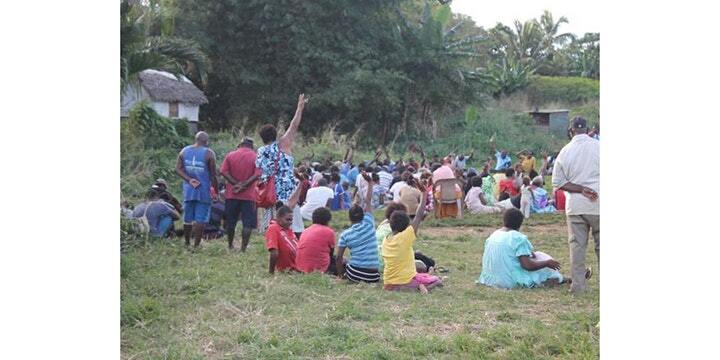 Presentation 1: Stereotypes of an Antipodean Atlantis: Rethinking the lost cities of the Pacific

Alexei Trundle is Assistant Director (International) of the Melbourne Centre for Cities, and is Postdoctoral Fellow in the Faculty of Architecture, Building and Planning, University of Melbourne. His current research focuses on the way that cities are contributing to the UN 2030 Agenda for Sustainable Development, as well as urban climate resilience and adaptation planning in Pacific Small Island Developing States. He has led the development of an Urban Resilience and Climate Adaptation Plan for Honiara, capital of the Solomon Islands, and Port Vila, Vanuatu, and has an interest in the development of integrated climate change adaptation methodologies.

Willy Missack supports the Vanuatu Climate Action Network. He is a climate activist and youth leader, and currently works as the National Project Coordinator for the UN Food and Agriculture Organisation. He is the first-ever recipient from Vanuatu, of the Queen’s Young Leader award, awarded by Queen Elizabeth II at Buckingham Palace in June 2015. He is a research partner of A/Prof Jennifer Day, and will be presenting on their joint work in Port Vila.

Janine Felson, Enterprise Fellow, of the former Melbourne Sustainable Society Institute (MSSI), University of Melbourne.
Janine’s primary focus is on integrating global policy for sustainable development, climate change and the ocean through new or improved financial frameworks and governance structures. Prior to joining MSSI and the University of Melbourne, as Belize’s Deputy Permanent Representative to the United Nations, she played a leading advocacy role on behalf of the Caribbean Community and the Alliance of Small Island States for integrated and coherent approaches to address the unique circumstances of small island developing states across the development, environment and security agendas including the 2030 Agenda for Sustainable Development, the Paris Agreement and related decisions, and in the current negotiations for a new high seas treaty on marine biodiversity.

Please note:
This seminar will be held in‐person in the Japanese Room, Level 4, Glyn Davis Building, University of Melbourne (45 seats only), and also streamed online via Zoom webinar - please ensure you select your preferred ticket type when registering.