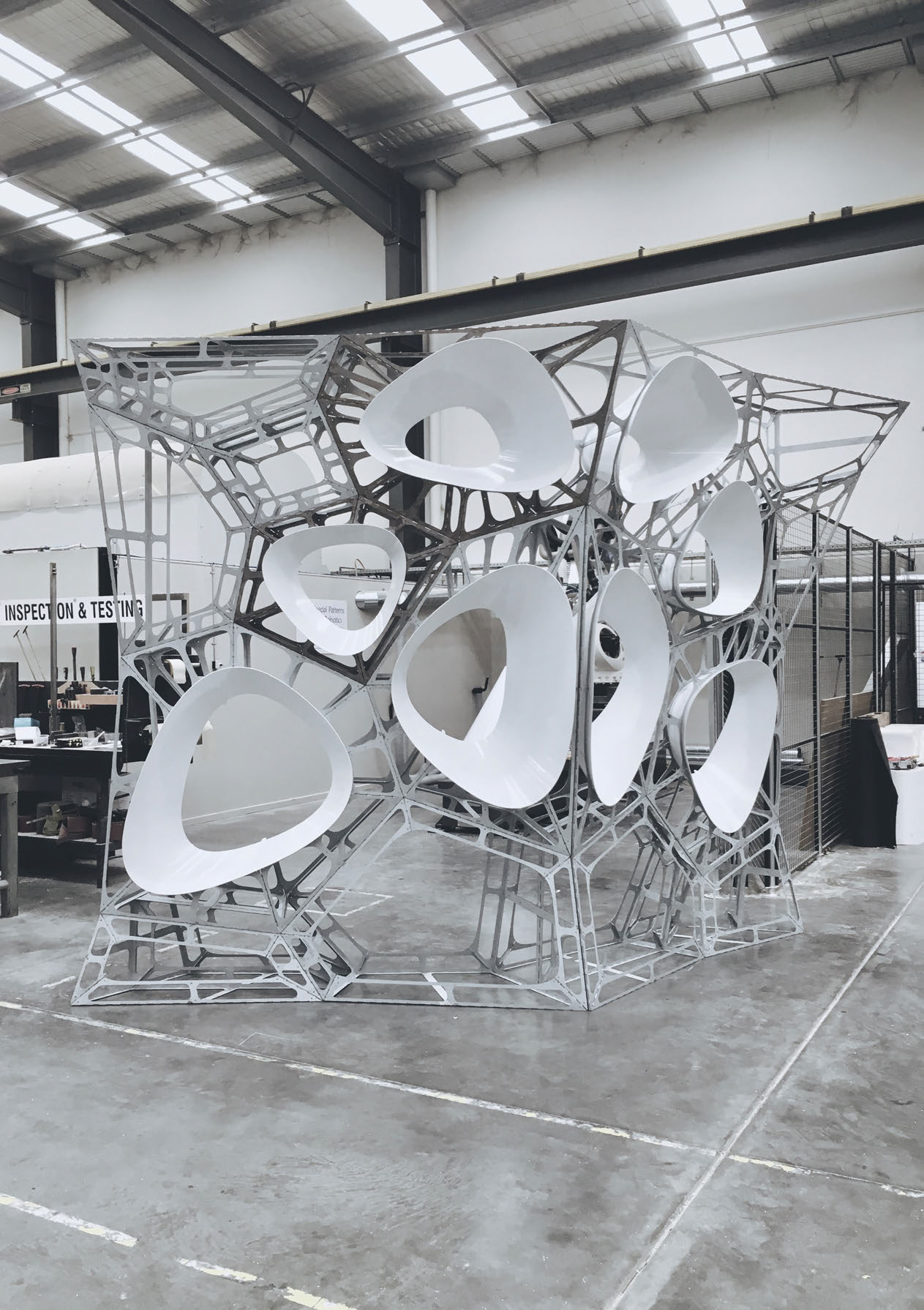 FabPod II is a project that investigates the need for privacy and speech optimisation in open work areas. In this design, an intricate and customised variation of geometry and material combinations are achieved through novel approaches to digital fabrication. FabPod ll geometry features a combination of sound absorption and reflection and the scattering of sound-waves, which contribute to even distribution of sound, and speech clarity within its interior.

The exterior faces cut sound transmission to the outside, despite the semi-open architecture. The construction system was developed as a lightweight thin modular steel metal structure. Individual
cells were custom cut out of sheet metal and folded in a cellular arrangement for increased structural strength. and the cells are stacked together to provide the framework that could be covered later with acoustic panels. A double-layered ‘skin’ was developed with a diverging exterior structure and a converging interior shape. The double skin geometry was simulated in ODEONTM software to verify the sound performance of the system and to rank various tested iterations for improved speech privacy.

The result was an improvement in the speech privacy of an open interior from the initial design with 100% of the space having full speech intelligibility to the final iteration, where almost 55% of the space had Speech Transmission Index below 0.6. This research applied acoustics as a design driver at early stages of design, interweaving auditory analysis and other design imperatives such as fabrication constraints to play key roles in shaping the architecture.

Jane Burry_ is an architect, Professor and Dean in the School of Design, Swinburne University, Melbourne. Jane’s research focus is mathematics in contemporary design.