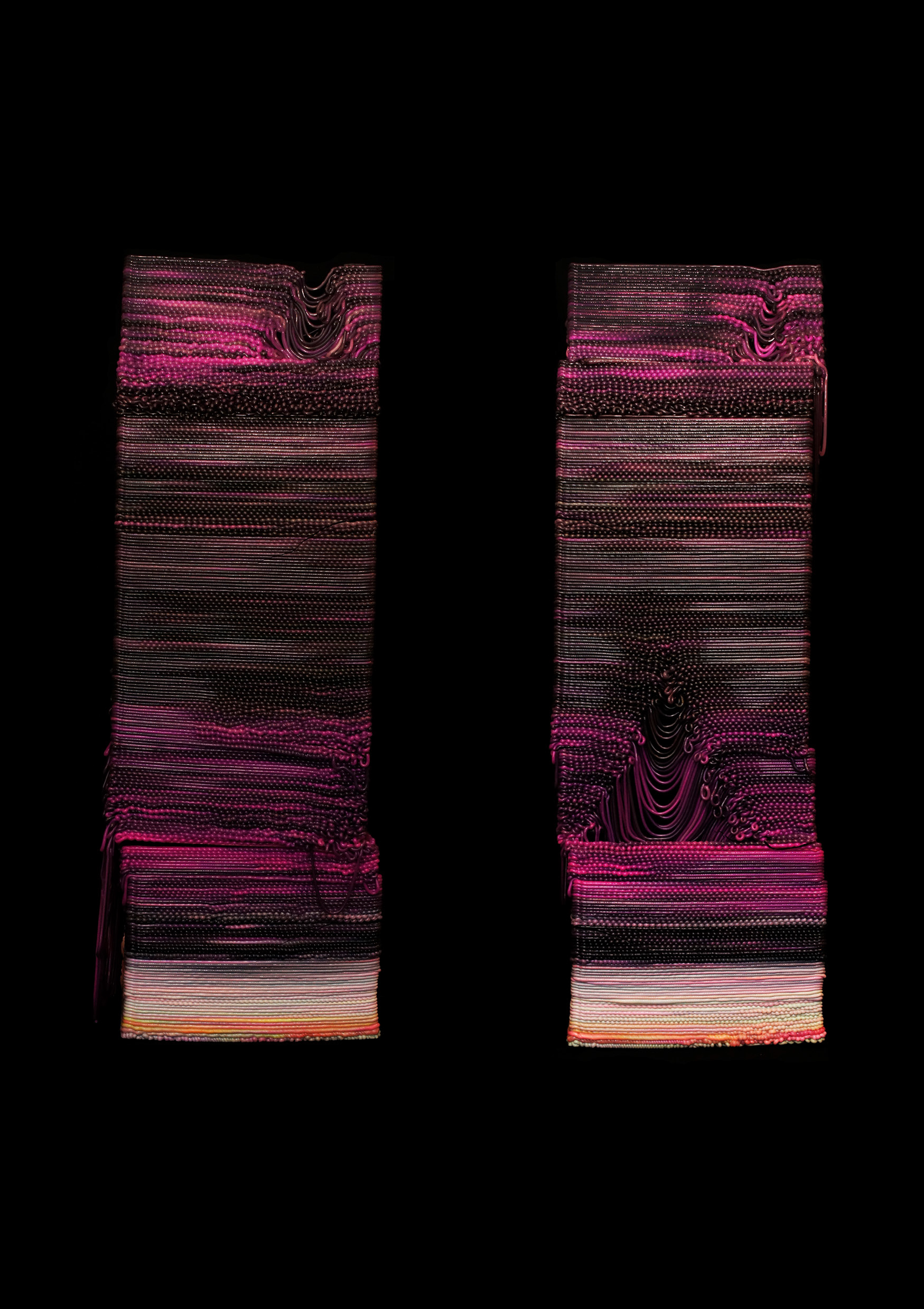 Prototype 1 - 3D printed self healing columns
The first prototype of the project showcases an exploration of the healing properties of plastic in conjunction with an industrial KUKA robotic plastic extruder. The material behaviour is given an initial simple geometry of a square column to operate within. This was chosen to challenge how much architectural texture, patterns and aesthetics could be derived from the material behaviour itself rather than the input geometry of the column. Through manipulation of the robotic tool path, the speed of the robot and rate of extrusion the project showcases the plastics ability to self heal during the fabrication process. The prototype shows a glimpse into the potential of using material behaviour to articulate textural and aesthetic qualities in architectural elements such as a column at a finer resolution.

Prototype 2 - Clay qualities
Extending on the lineage of prototype 1, prototype 2 explores clay 3d printing and how its material behaviour can inform the design process. Clay is used for its increased volatile qualities embedded
in its material behaviour. These prototypes engage in balancing a controlled approach of the robotic extruder with the volatility and disobedience of clay. Through understanding how to control the complex material behaviour and its navigation through the robotic extruding fabrication technique, this allows for the development of architectural elements that have emergent textural qualities from the design and fabrication process. Ultimately, clay is used in this prototype as a mechanism to transition into the future of 3d printing with concrete and its potential to embed the aesthetics textures achieved in the clay with the structural strength of concrete and fibres in the future.

Fundamentally this research proposes the synthesis of material science and advanced fabrication techniques through a fusion of the physical with computational processes. It is allowing for a new singular operating system of new material compositions, optimisation of material, structural performance and alternatives that offer less production of material waste. These prototypes provide a glimpse into the possible futures of material and technology and its application.

Mary Spyropoulos_is a PhD candidate at RMIT University and practices at Wood Marsh Architecture. Her research focuses on the convergence of material behaviour, robotic fabrication and computation to generate architecture.

Joshua Lye_is a PhD candidate at RMIT University. His PhD research looks into the applications of machine learning and logic of connective systems in architectural practice.