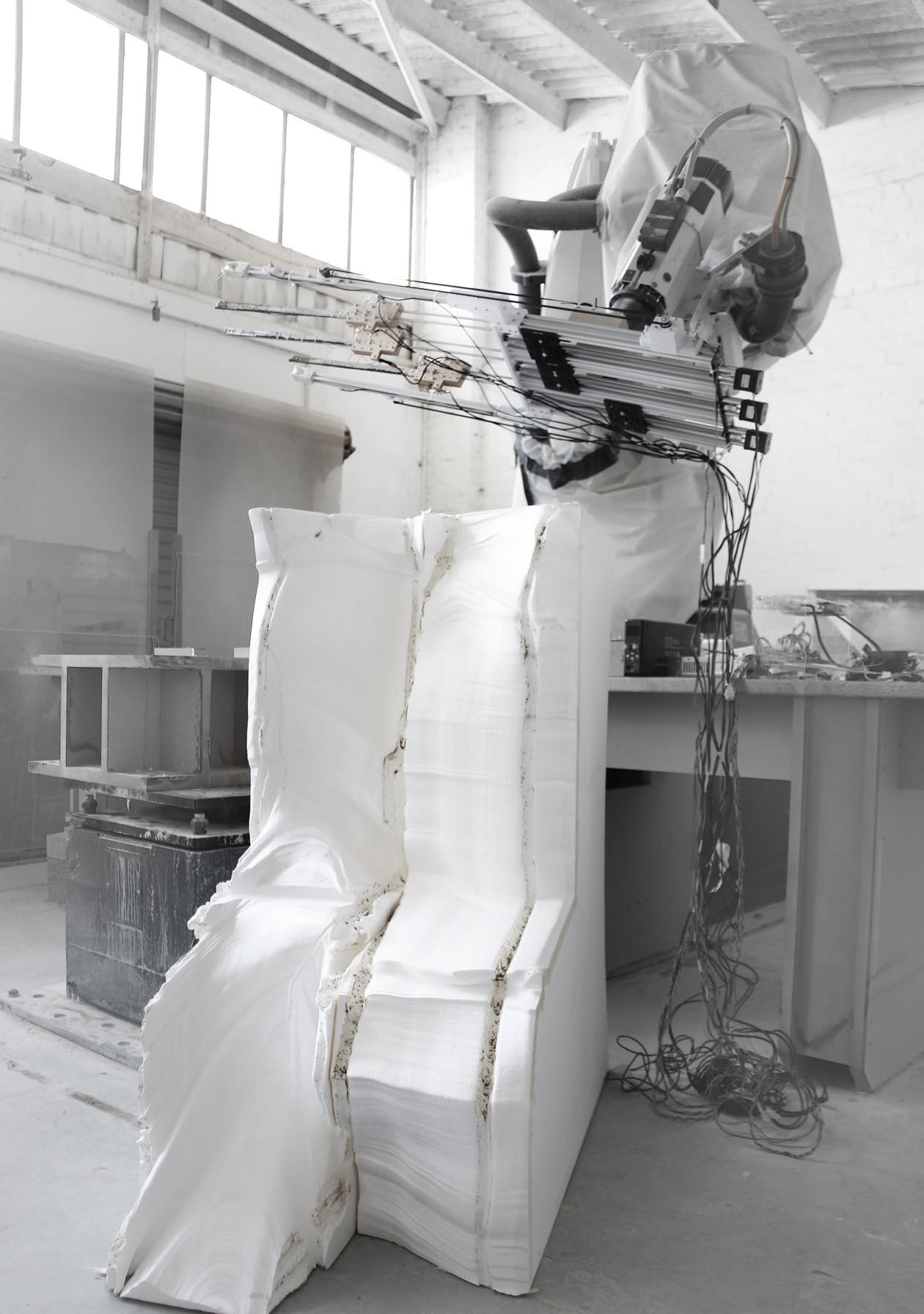 The machine utilises a curved hot wire cutting element with up to three controlled nodal points that is used to shape Expanded Polystyrene (EPS). Unlike conventional hot wire cutter, the actuated Interpolating Polynomial Curve (IP-C) hot wire cutter is numerically controlled and can perform variable cut sections with a single robotic movement to produce non-ruled surface. In this research, the tool is used to cut EPS which is then coated with resin-infused fibreglass to create a durable surface for architecture or sculpture application such as facade cladding.

IP-C robotic hot wire cutter is the result of a master-level design Studio 15 at the Melbourne School of Design under the agenda Machining Aesthetics, led by Dr Paul Loh and David Leggett. The research is conducted through physical prototyping of the end-effector resulting in a series of furniture scale prototypes. The design team observed the potential of the fabrication techniques and tested it through a design project: an urban performance stage design titled Motion Imprint. Critical to the design process is the integration of knowledge from the tooling to the design workflow.

Using the Kuka KR120 working envelope as a design constraint, the team speculate on how the design can be fabricated based on the constraints and opportunities of the tool. The IP-C hot wire cutter is further developed for an on-site fabrication scenario. A 1:1 scale prototype is produced as a proof-of-concept.

Through an understanding of the mathematics of an interpolating polynomial curve, the design team aligns both the material system necessary to construct the device with the methodology to extract data from the parametric curve. In this research, the parametric curve is used to drive the time-based transformation of curvature to form a complex network surface. Critically, the IP-C robotic hot wire cutter questions how machine can make architecture in the future.

Yuhan Hou_ is a Master student in Architecture at the University of Melbourne.

Jiaqi Mo_ is a Master student in Architecture at the University of Melbourne.

Chun Tung Tse_ is a Master student in Architecture at the University of Melbourne.