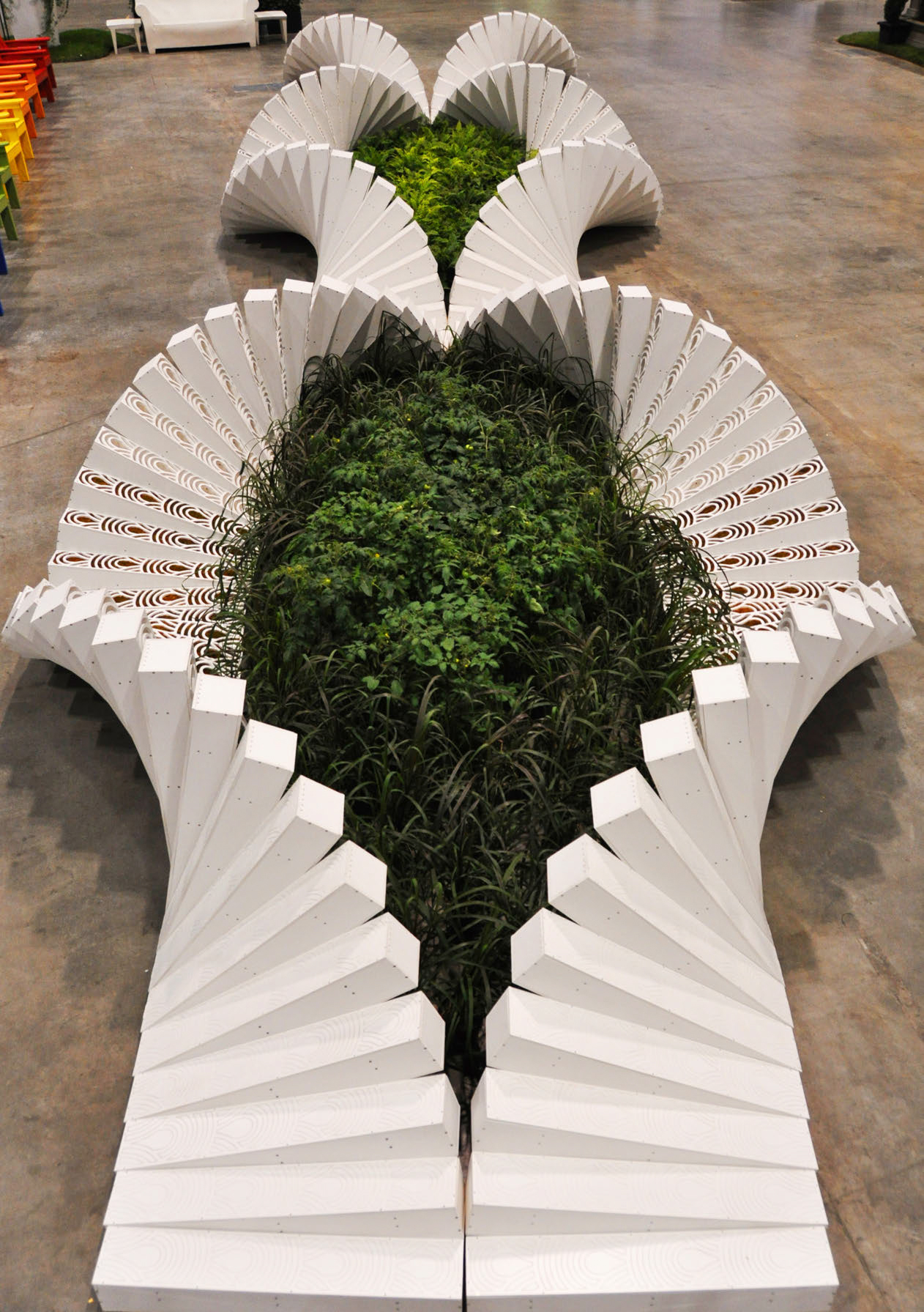 Surface-Habitat X2 provides a tangible, didactic and functioning illustration of the links between the ways in which we shape our environments and their associated capacities to cultivate and sustain living environments.  More and more, we need to be reminded of the ways in which we can materialise built environments which operate as vital new supports for novel ecologies and habitats that also provide engaging public artefacts which solicit many ways in which the public may engage with the themes and experiences offered by the prototype.

The prototype is a micro-habitat system that unwraps and twists a field of surfaces to create larger garden pockets while simultaneously providing an undulating substrate that embeds a micro garden within its thickness.  The surface itself achieves many tasks, defining and framing protected planter spaces, creating multiple orientations and forming a twisted surface that undulates while structurally stabilising itself.  The digitally designed, simulated and fabricated surfaces unfold at different angles to provide varying scales of pocket gardens as well as a wide gradient of shade, producing a variety of microclimates on the moss surface (from slopes directly exposed to sunlight to shaded overhangs) and within the garden pockets.  The prototype was developed with biologists, horticulturalists and structural engineers.  Digital design and fabrication were paired with advanced horticultural techniques which integrated moss into a prefabricated system.

David Syn Chee Mah_ is a senior lecturer in urban design and architecture at Melbourne School of Design. David was a lecturer at Harvard’s Graduate School of Design (2010-2017). He taught design and theory at Cornell University’s department of architecture (2007-2010) and Landscape Urbanism at the graduate design school of the AA (2004-2007). David is currently a doctoral candidate at RMIT University. David has been collaborating on creative works in architecture, landscape and urban design with Leire Asensio Villoria as asensio_mah since 2002.