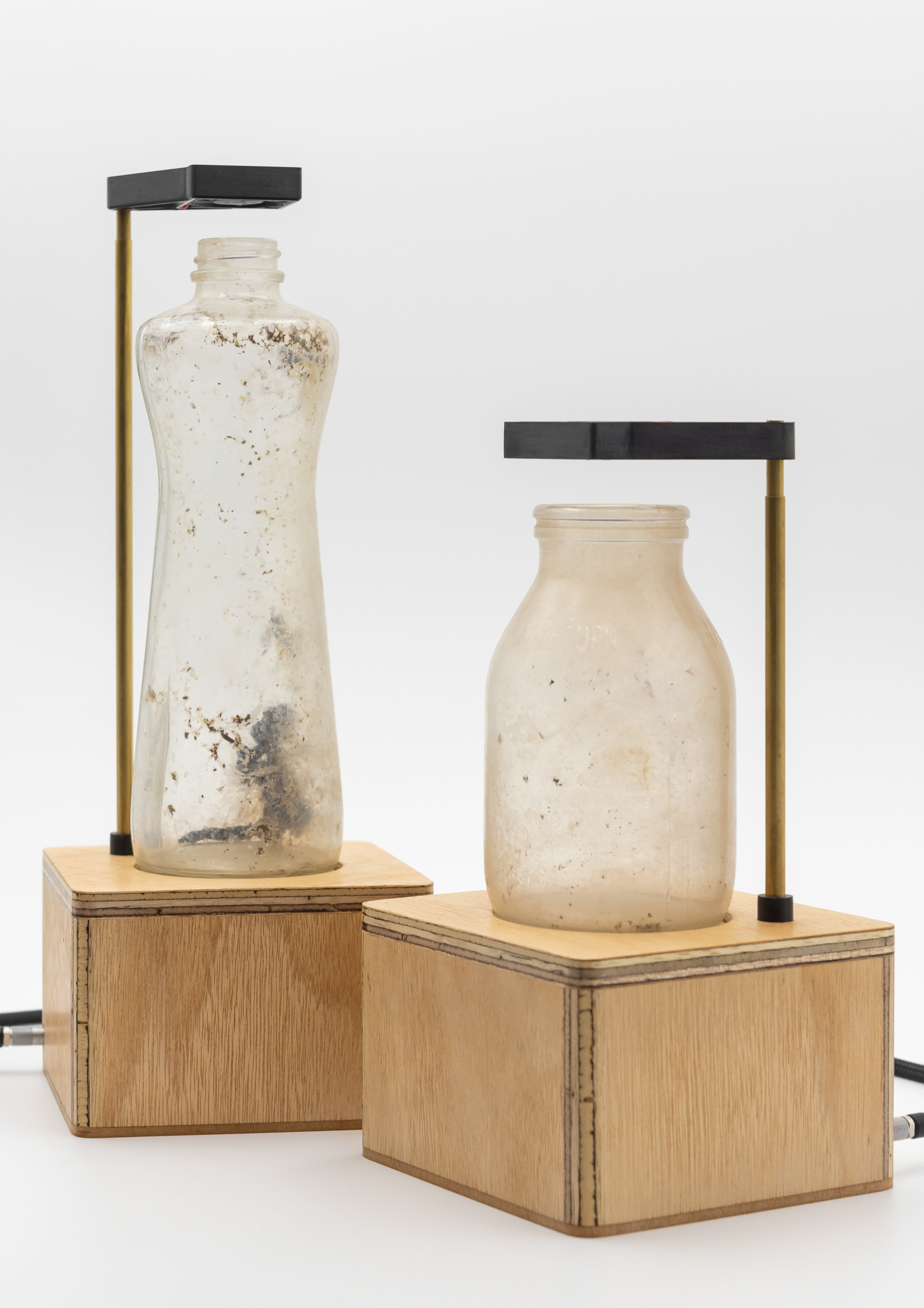 The Wind at Byaduk

The Finding Byaduk creative residency is located in the town of Byaduk, in the Western District of Victoria, Australia. The creative brief centres around a thought experiment with ‘affective telepresence’ – finding means to remotely convey the qualities of a place using found objects, environmental sensors, digitally connected technologies, and the design of embodied expressions and interactions. The experimentation generates speculations about the phenomenology of digital data representations of landscapes removed from one’s home, and the design of interfaces and expressions to embody said representation. Part of this process is also inspired by design ethnography, and the consideration of its methodologies to articulate a remote picture of the site in question. In this sense, the crafted artefacts, imbued with digital connectivity, explore the possibility of technological objects serving as soft focal points for an almost casual, autoethnographic reflection. As a prototype for affective telepresence, it poses the question: how might we conjure gentle connections of wonder, to faraway places?

The Wind at Byaduk, the first artefacts to emerge from the residency, are works of kinetic sculpture combining custom electronics and found objects – using two discarded glass bottles found in Byaduk. An electric fan articulates quietly on its stem, modulating its fan speed according to the readings of the wind sensors mounted on the wall at the Old Byaduk Church. The resulting soft, resonant howls created by the interactions between the fan and the mouth of the bottles recreate the near real-time sonic presence and intensity of wind in Byaduk.

Chuan Khoo_ (MFA RISD) is an artist, designer and educator, practicing across interaction design, electronics and digital media. He is a PhD candidate at RMIT. www.chuank.com

Image: The Wind at Byaduk.