On 2 March the Bandung Institute of Technology (ITB) held the Dies Natalis Commencement to mark the 61st anniversary of their higher education institution. A close educational collaborator with the Melbourne School of Design, ITB is significantly involved in travelling studios and academic research endeavors. 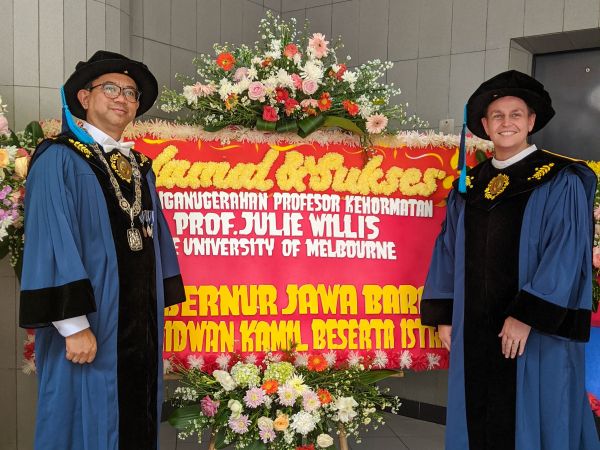 Professor Willis travelled to Bandung to join the celebrations for this anniversary and concurrently receive the appointment of Honorary Professor in the School of Architecture, Planning and Policy Development (SAPPK). A considerable accolade, Dean Willis commented that she looked forward to working with ITB more closely in the coming years and strengthening the multi-valent bonds that already exist between our institutions. 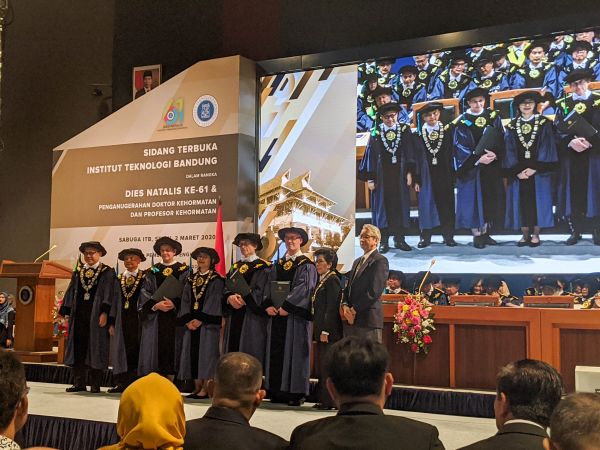 A highlight of the ceremony was the celebratory sign of congratulations from the Governor of West Java, Pak Ridwan Kamil, who visited the Melbourne School of Design a week prior to lecture on ‘Inclusive Regions: Lessons from the development of West Java’. 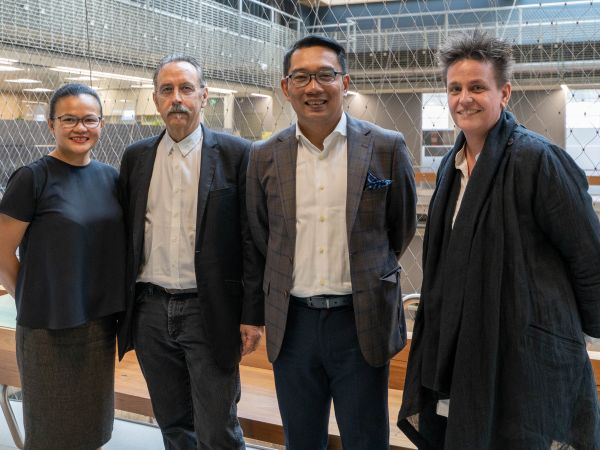 A few days earlier, Dean Willis launched the ‘City In-Between’ Exhibition, the result of the 2019 Travelling Studio Indonesia, led by Amanda Achmadi and Sidh Sintusingha, that joined with students and staff from ITB and the University of Stuttgart. This studio facilitated synergies between research, teaching and practice in the fields of architecture, urban design and landscape architecture with students asked to speculate on the notion of the ‘in-between’ city and respond to the contrasting urban conditions of Indonesian cities where formal and informal developments have long co-existed. The exhibition will travel to Stuttgart in June and arrive in Melbourne in November. 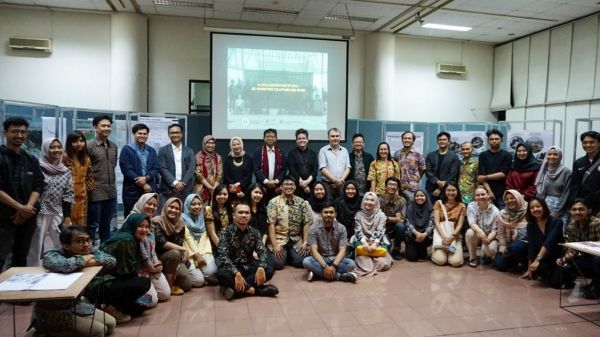