A Melbourne School of Design studio and a project designed by architect and lecturer Jefa Greenaway form part of the Australian Pavilion at the International Architecture Biennale in Venice.

The Wave Hill Walk-off Pavilions and Ngarara Place are among the projects featured in the Ground series of videos. 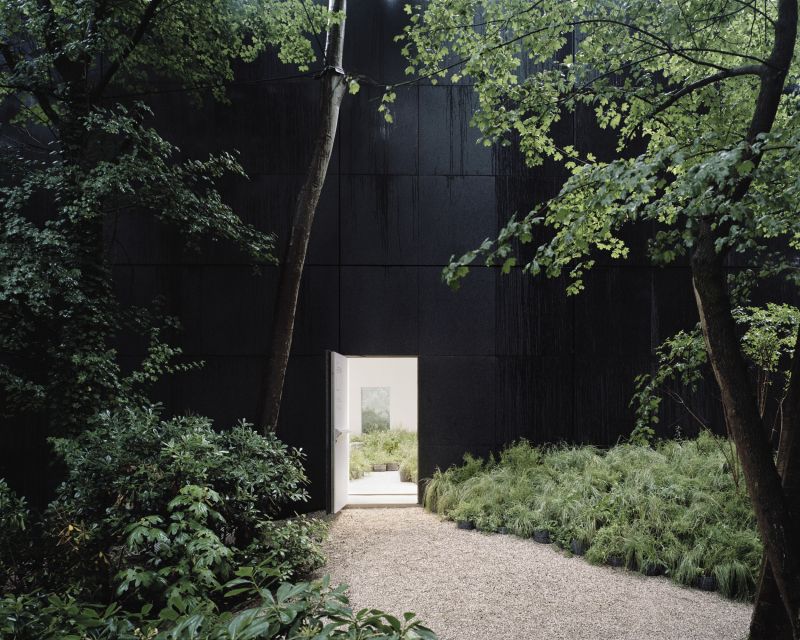 The Bower Studio is a series of Master of Architecture design studios that bring groups of students to work with Indigenous groups in remote Australia and Papua New Guinea to improve housing and community infrastructure.

In 2016, the Wave Hill Walk-off project brought together six designers, 12 students, eight labourers and the Gurindji people of Kalkaringi and Daguragu in the Northern Territory to give physical form to remembering the birth of Australia’s Indigenous land rights movement. Read more: Indigenous memory-making meets architecture

This year, the Bower Studio returned to Kalkaringi to work on infrastructure upgrades including extending the existing arts centre and supporting a local team to build freestanding shade pavilions. Read more.

"We partnered with Karungkarni Arts to double the painting space at the existing arts centre. We also ran a team showing the Gurindji Aboriginal Corporation team how to complete the bus shelter at the Kalkaringi shop, and we have designed pavilions in the central park which are now under construction by Gurindji Aboriginal Corporation. It is great that so much of this work can be completed with community labour and we are thrilled to be able to help build capacity and sustainable employment in the community," said studio leader Dr David O'Brien. 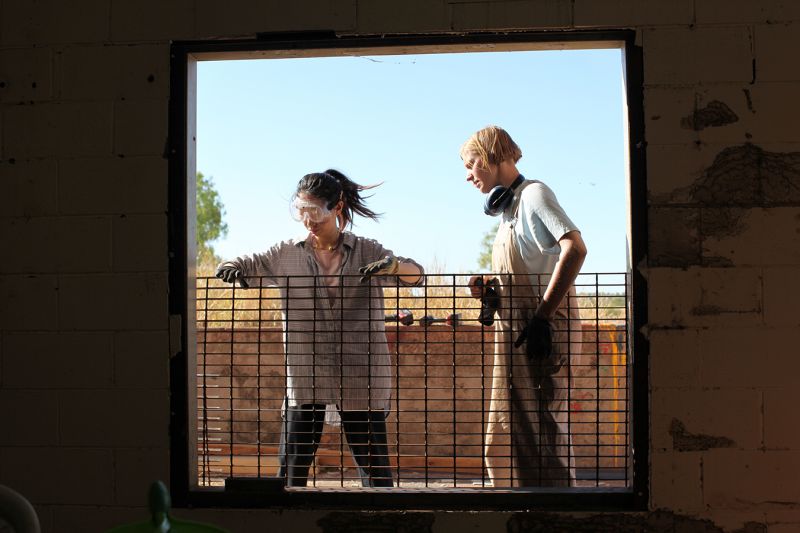 He said the studio was working incrementally towards a more substantial project with the community.

"We were initially invited into Kalkaringi in 2014 to support the community’s aspirations for a new arts/culture/visitor centre. This visit was inspiring – particularly meeting elders who had been part of the walk-off that kickstarted the Australian land rights movement.

"History has highlighted the need for strong partnerships and dialogue, with Indigenous communities leading conversations about design and construction," he said.

"A multi-year program was mapped, with us completing five smaller 'entrée' projects – all of which are helping us work towards the development of the arts/culture/visitor centre. Among other things we have learned the preferred palette of construction materials, the types of space demanded by cultural laws and the need for buildings with opacity and refuge. We plan to incorporate as much local labour as possible."

"The Gurindji, Mudpurra and Walpiri elders have been very generous in sharing their history, taking us ‘on country’ and discussing their vision during our many visits. Our most recent visit included a design consultation that examined a range of student ideas emerging from the end of last semester’s design studio. The community are pretty clear about the design ideas they do and don’t like and the leaders are really happy to govern the process."

"We share a hope to have the new centre completed before the 50th anniversary of the ceremony where Gough Whitlam symbolically poured sand into Vincent Lingiari’s hand," Dr O'Brien said.

It draws on four pillars: connection to Country, through an exploration of the seasons of the Kulin Nation; cultural motifs featured in the radiating arms that reach out to connecting buildings; a piece of contemporary Aboriginal artwork by digital artist Aroha Groves; and communicating knowledge exchange through design elements that complete an amphitheatre in the space.

Mr Greenaway said the design was divided into seven sections to explore the seasons of the Kulin Nation, and this demarcation enabled distinct zones for tiered planting, an area for traditional dance or ceremonial practice, amphitheatre seating and a sculptural laser-cut smoke pit as a focal point. 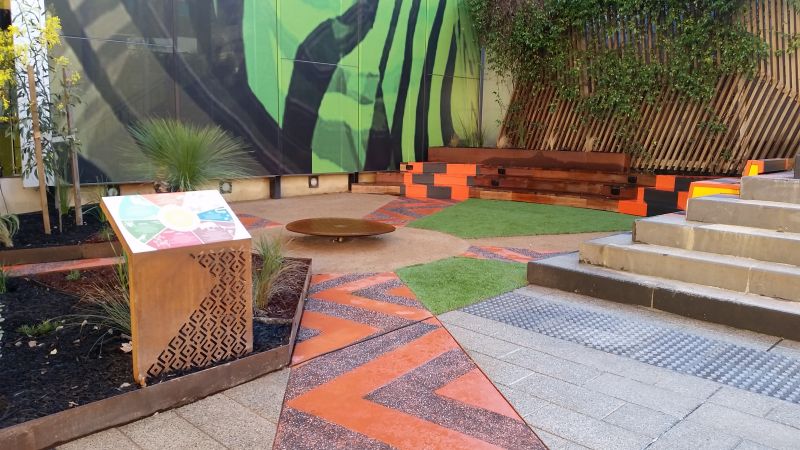 Mr Greenaway said his response to the Australian Pavilion exhibition's theme was a broadening of the notion of 'repair'.

"In the first instance, Ngarara Place characterises the value of repairing culture through the built environment. The techniques employed were to reinforce that value of connecting to Country, while revealing the value of Indigenous knowledge systems," he said.

"Further, the importance of articulating connections to a palette of plant materials which connect to the bioregion in which the project was located (namely on Kulin Nation country) was a key driver for the project. In addition was the importance of cultural narratives around seasonality, cultural expression and ceremonial practice, as well as the use of language, contemporary Aboriginal art and a meaningful design strategy which privileged Indigenous design voices, to ensure a level of cultural authority was able to tangibly inform the design solution."

Mr LaTreille is an architectural photographer who studied architecture at the University of Melbourne before moving to Canada. His photography of projects in Vancouver and the Yukon in various stages of completion forms part of the TIME SPACE EXISTENCE exhibition in Venice.

Mr LaTreille said his component of the exhibition, titled Then and Now, was a photographic exploration of the making of architecture. See more.