Venice as Eudoxia re-imagined in Melbourne

A fragmented, floating, blue metropolis appears, reminding us of the transience and vulnerability of our cities.  Italian novelist Italo Calvino's mythical city of Eudoxia (aka Venice) is reimagined in Melbourne, Australia. 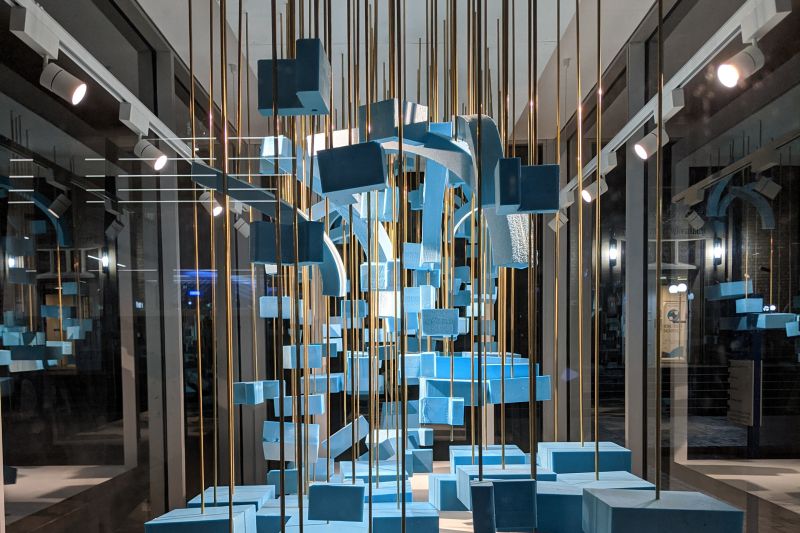 Just outside the Glyn Davis Building, as part of the bi-annual MSDx exhibition in the Faculty of Architecture, Building and Planning, stands a floating, fragmented, blue city.

This installation is part fabulation, part reconstruction of the mythical city of Eudoxia, as recorded by Italian novelist Italo Calvino within his book Invisible Cities, first published in 1972.

Calvino’s short stories recount Venetian explorer Marco Polo’s address to the court of Kublai Khan on his many encounters with the great cities of the world during his travels from Europe and into North Asia.

Paradoxically, it becomes clear that each city, although by appearance manifestly different to the next, is Venice. Wherever Polo goes a small part of Venice goes too, inadvertently mediating his experience of newly discovered places.

First realised as an isometric drawing by Ying Lee during his 1styear design subject within the Bachelor of Design at University of Melbourne, the project is a product of the unstable encounter between Calvino’s story of daily life in Eudoxia and the Gothic architecture this life encounters. Eudoxia, aka Venice, was rescaled and reengineered by members of the Melbourne School of Design academic and workshop team. 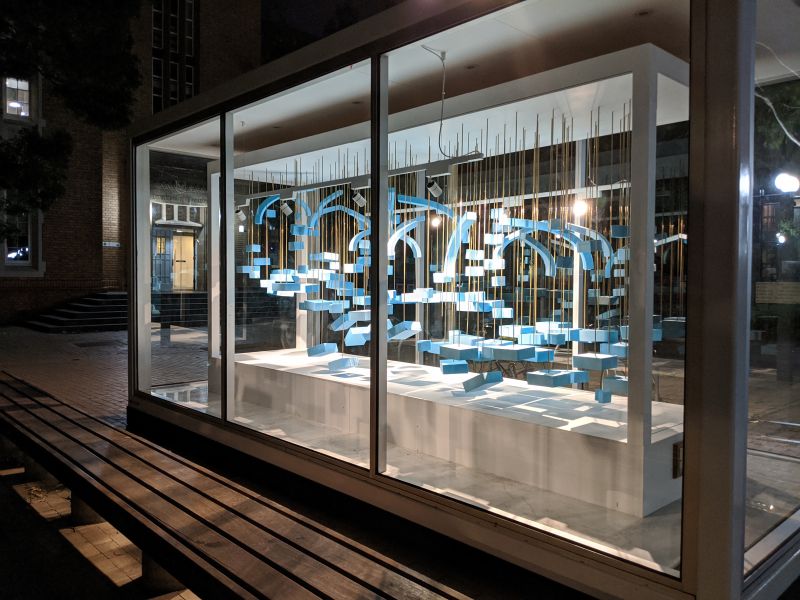 This presented fragment of the eternal city recalls its troubled past and predicts its uncertain future by never settling into a moment of quiet. Instead, the floating gothic arches, pilasters and ground of stone provide a vision of Venice neither restrained and whole, nor entirely fluid and fractured.

The troubled composition encapsulates the image of the city and the ephemera of its population past and present, alongside the natural forces that confront it and remind us of the frailty of its existence.

Witnessing the recent flooding event in Venice from afar in the southern hemisphere, the transitory condition of cities was once again brought to the fore. As a gesture of solidarity with those in Venice experiencing the worst of the flooding, a team of students and staff recast the two-dimensional images from Ying Lee’s original project as a three-dimensional representation within the university grounds.

This still-life is borne as much from Marco Polo’s 13th Century Venice as it is from the cacophony of natural and cultural uncertainty bearing down on the city.

The selection of materials represents the many conflicting faces of Venice. The overall unrest felt by the fractured floating formal composition is exaggerated by the juxtaposition of hard and soft materiality. Blue lightweight foam elements represent both the watery ephemeral reality of the city, whilst simultaneously outlining its heavy architectural body. Brass and marble symbolise its wealth and prosperity over time. White painted surfaces, white museum-grade track lighting, the installation’s elevation on a plinth, and the project’s containment within an oversized vitrine gives the effect of a museum environment; a comment on the city’s cultural displacement – from trading port to cultural tourism destination. 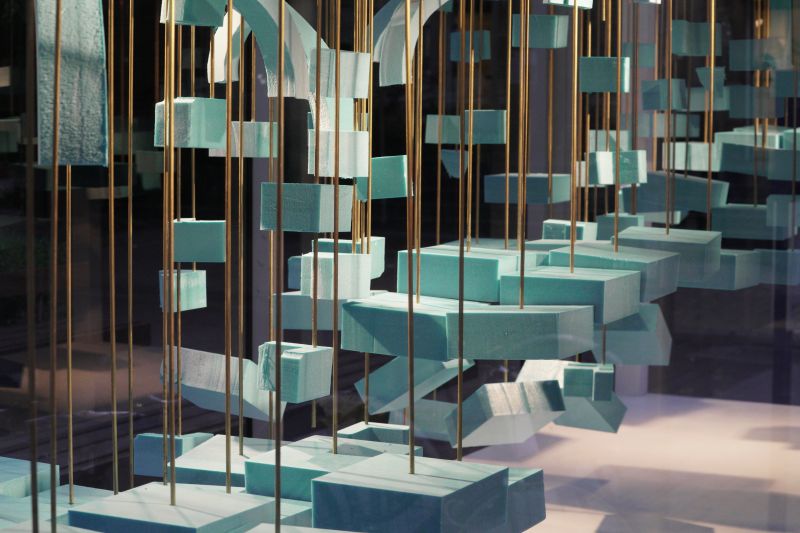 ‘Eudoxia’ was displayed 24/7 until Sunday December 8, 2019 at the South West side of the Glyn Davis Building,University of Melbourne, for the MSDx exhibition.