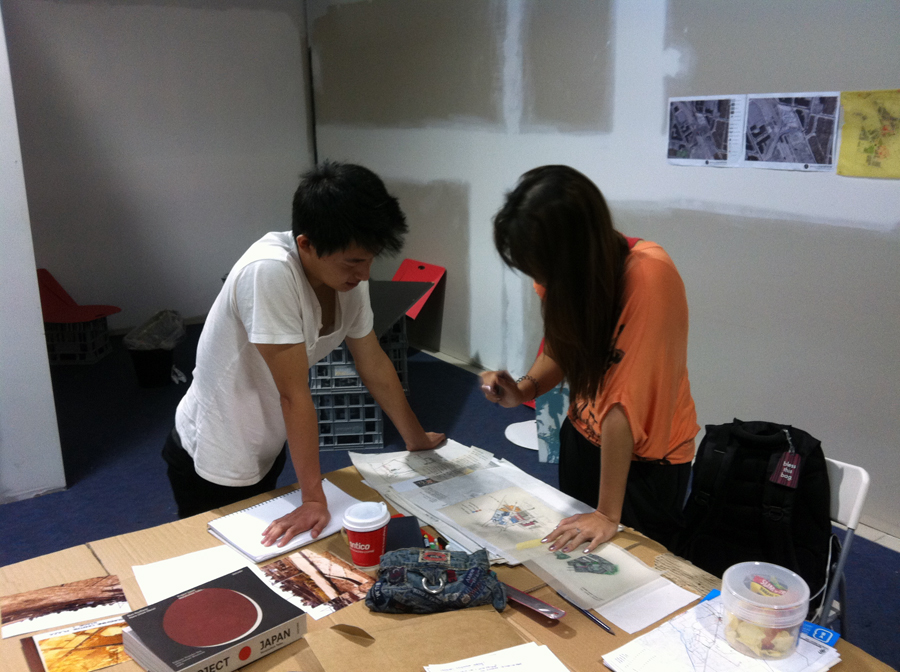 Week seven at the Sunshine Studio Atelier was the first week back after the mid-semester break with a number of people commenting that they had noticed our absence during the previous week; it seems we’ve become a distinct fixture in Sunshine Plaza Shopping Centre.

This week’s guest Leigh Glover, Director of GAMUT at the University of Melbourne, visited the studio to speak about Transit Oriented Development (TOD) and the current transport conditions around Melbourne and in Sunshine. His insights were valuable in reinforcing for the students the importance of using TOD theory to inform their design projects.

Brian from the Sunshine & District Historical Society also dropped by with another fascinating image of the Sunshine Plaza site when it was being excavated prior to being built.

Following Leigh’s presentation the students formed small groups, giving short, informal, Pecha Kucha style presentations of how they had progressed with their projects since the mid-semester review. This provided opportunities for peer feedback on individual projects as well as sparking further collaboration, with some students choosing to situate their projects geographically adjacent in order to provide greater context and vision.