Damon Lavelle: from Melbourne to the world stage

The Fisht Stadium in Sochi staged major global events during the 2014 Winter Olympic Games and the 2018 FIFA World Cup. For architecture alumnus Damon Lavelle, Principal at Populous, London, the project was the culmination of the practice’s work in Russia. It is one of many venues – in locations across Europe, Australia, the middle east, Africa and central Asia – Mr Lavelle has worked on in more than 20 years in the field. 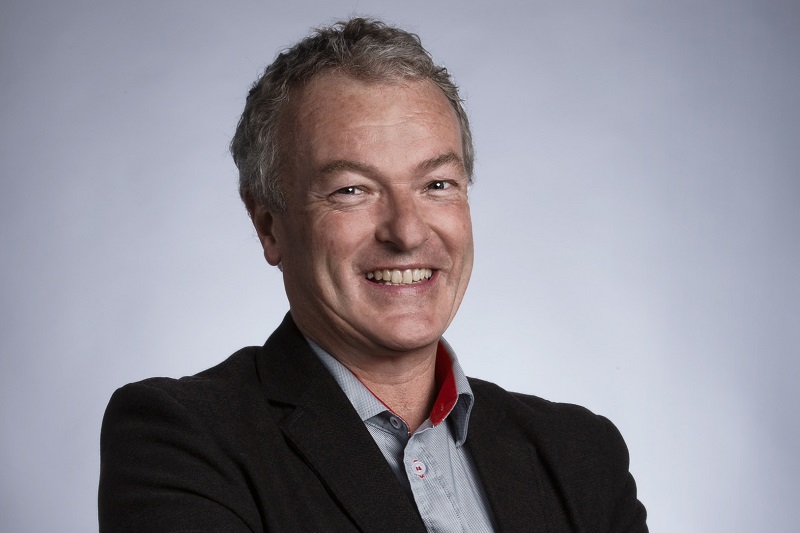 “Part of what I enjoy about working in this field is the opportunity to travel to fascinating places and embed oneself in the culture for a time,” he said.

“We are involved in all stages of global events, such as the FIFA World Cup and the Olympic Games, from planning through to execution and legacy.”

The foundations of his design career were established at a young age, when a family connection sparked an interest in drawing.

“I began to draw houses when I was about five or six years old, probably initially encouraged by my father a car designer, and my very talented elder brother who used to draw comics,” Mr Lavelle said.

“I used to love reading architectural books and illustrated science fiction and other media that showed current and future visions for cities and crucially, how they worked.”

Here, Mr Lavelle shares insights from his career to date.

What prompted your move to the UK? Do you have any advice for early career design professionals who may be considering this?

My father was a Londoner and so I had family in the UK. London in the 1980s when I arrived, was a large, diverse, energetic city with an architectural culture second to none at the time. I still find it an inspiring place full of many opportunities. It’s one of few truly global cities, with great sporting and cultural resources. It is well connected to many places and I actually prefer the weather.

My advice would be: come and take a look. Current political events suggest the UK will draw closer to Australia in the coming years. Life in London is not too different to that in Melbourne really, both in terms of institutions and the diversity of the culture. In that sense, it’s easy for anyone to fit in. London will always be a centre of design with a wide variety of employment opportunities. Currency fluctuations notwithstanding, it’s also not as expensive as you may have heard for a young graduate to settle here.

What do you find exciting about your work on event venues?

Event spaces are where people gather and experience a range of emotions connected to the witness of excellence in human endeavour. Stadia comprise the largest (non-virtual) gathering spaces we have; arenas the most innovative performance types.

I have been able to be involved at all stages of design and operational activities in connection with a very wide range of sporting and cultural endeavours. This has provided an ever-changing tableaux of personal experience, coupled with achievement in terms of the design and delivery of architecture.

Can you share any insights about what you hoped to accomplish at the Fisht Stadium, and strategies you employed?

Fisht was initially built as the ceremonies venue for the Sochi Winter Olympic Games 2014. It was designed to have a legacy as a key venue for the FIFA World Cup 2018. Hence recyclability and re-use were to the fore. This is a direction that we have led with our long-term engagement with the stakeholders delivering global events. I am proud of my role in ensuring the positive outcomes in this regard with this venue.

The ambitions of the host nation were considerable. We wanted to provide a memorable building that successfully met the complex operational needs of these two global events whilst making significant connections with the local culture. In order to achieve all that we worked closely with design teams in Moscow and internationally. We met with the Russian government at the highest level and as a team we were inspired by their passion and we gained real support to implement our ideas.

The stadium venue design has been recognised in many ways. As a reflection of how the building became the image of the games, a drawing of the stadium was used on the 100 rouble note issued during the time of the Olympics. Like all large public/civic structures, large stadia – whether they are national venues or regionally important – should emerge as design artifacts that resonate with the people in some way. To have succeeded with Fisht in that regard is very rewarding personally.

Is there a type of project you haven’t worked on, that you would like to?

The event world constantly develops to accommodate new technologies and new event types. We are seeing more and more integration of emerging technologies in the aspirations of client groups and other stakeholders.

This is coupled with growing emphasis on multi-functionality and the idea of the venue as an extension of the city reflecting the lifestyle of diverse groups of people. In this fashion venues reflect the wider changes in our culture in a globally diverse way. As world leaders in the field, we are challenged to anticipate such futures and accordingly we have many programs active whereby we explore such future trends. As venues become more integrated with other functions we are increasingly involved in exploring new typologies.

What do you see as key challenges for the upcoming generation of architects to consider?

MSD provides a great platform for students to explore a world of opportunities to improve the social and physical environment of our species and to facilitate the flourishing of the global habitat. That seems to have always been the case; it certainly was during my time there.

Amongst the many and varied influencers that I was fortunate to encounter, Professor Rodger and his work with the club of Rome inspired me to explore futurist literature that gave emphasis to the central role that the design of our environment has for improving our future.

Heritage, historical continuity, sense of place, regional pride, leadership in the engagement with and promotion of Indigenous culture, and the concern for understanding process in the political and social realms have also been central to the teaching of the MSD over the years. So it’s a wide spectrum of opportunity in our field.

I believe, however, that a concern with thinking about the long-term future of our species has always been central to the ethos of the MSD.

Returning to the legacy of Professor Rodger, it’s notable to recollect that most of the things talked about back then (I remember that the library was particularly well stocked with the works of Toffler et al) have emerged as the mundane realities of our current existence. Including the not so mundane challenge of tackling climate change.

With regard to what the current generation of students may consider as paths for action, I believe that we have a great tradition in our community of current and past students and staff of thinking big and engaging with the latest technologies and ideas in order to tackle the problems that affect the whole of humanity.