A Better Future: A Celebration of 50 Years of Urban Planning at Melbourne University 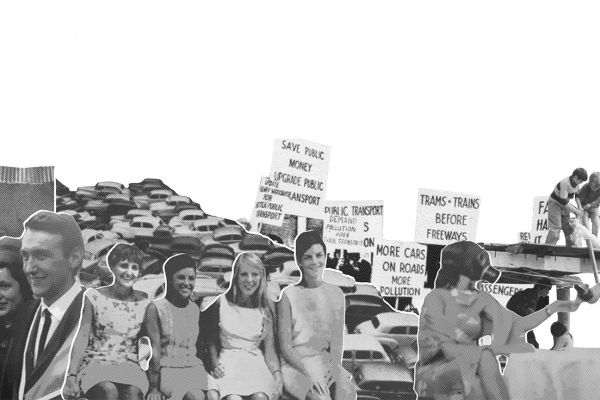 In 1969, the study of urban planning at Melbourne was about to enter its third decade. The discipline was evolving from a pragmatic and prescriptive rollout of post-war reconstruction, to a broader consideration of social and community issues. What part could planning play in everyday life? What could planning-based research – increasingly multidisciplinary and often ideological in scope – give to a changing Australia?

Melbourne itself was at a crossroads. The 1969 plan for the city, launched with fanfare by the 15-year-old Bolte government, was seen by many as no more than a bid to create a ‘Los-Angeles-style’ Melbourne, dominated by the automobile and a network of freeway grids. At the same time, the Housing Commission of Victoria continued its dedication to the notion of an inner Melbourne of new high-rise towers, replacing the century-old, low-rise, increasingly gentrified housing stock. Battles over the city’s destiny were coming to a head.

Academic, rather than practice-based, thinking became the hallmark of planning at Melbourne after the 1970s. While the notion of education towards a profession was never (and has never been) abandoned, the ‘town planning’ academics were exploring new ideas, and their own roles as potential change agents in the Whitlam era and beyond.

What could Urban Planning at Melbourne bring to the discussions about the city’s – and the world’s – urban future?

Presented part of the University of Melbourne's BE–150: celebrating 150-years of built environment eduction program.