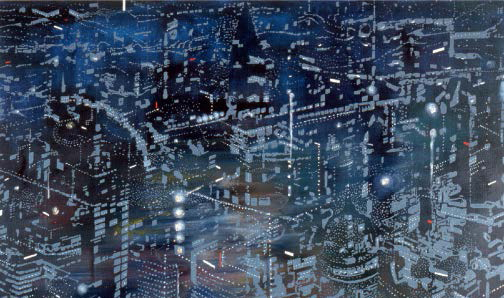 Please join us as we celebrate the launch of Australia's Metropolitan Imperative: An Agenda for Governance Reform edited by Richard Tomlinson and Marcus Spiller.

The event will be emceed by Professor Brendan Gleeson, Melbourne Sustainable Society Institute. The book will be launched by Councillor Nicholas Reece, City of Melbourne. Speeches will be accompanied by light refreshments.

Since the early 1990s there has been a global trend towards intergovernmental governmental devolution. However, in Australia, alongside deregulation, public–private partnerships and privatisation, there has been increasing centralisation rather than decentralisation, including the governance of cities. Australian state governments are responsible for the planning, management and much of the funding of the cities, but the Commonwealth government has on occasion asserted much the same role. Disjointed policy and funding priorities between levels of government have compromised metropolitan economies, fairness and the environment.

Richard Tomlinson is Professor in Urban Planning in the Faculty of Architecture Building and Planning at the University of Melbourne. Before going to Australia he served as an urban policy consultant in Southern Africa and as an academic in South Africa and the USA. His clients included the post-apartheid South African government, and provincial and local governments, The World Bank, USAID, UN HABITAT, international and local NGOs, and also the private sector. As an academic he has served as a Visiting Professor at the University of the Witwatersrand and Columbia University, as a Visiting Scholar and SPURS Fellow at MIT and a Guest Scholar at the Brookings Institution.

Marcus Spiller is Principal and Partner in SGS Economics & Planning Pty Ltd. Alongside his 30 years of consulting in urban economics, he has worked as an academic, adviser to the Minister for Planning in Victoria, and as a senior executive in the Queensland government. He is an Adjunct Professor at RMIT University and at the University of NSW, an Associate Professor at the University of Melbourne, a former member of the National Housing Supply Council and a former National President of the Planning Institute of Australia.