ABSTRACT: The evolution of metropolitan planning through the 20th century is linked to broader understandings of the land use outcomes of increasingly complex urban processes and imagined spatial futures for directing them into more orderly and harmonious configurations. Both of these interrelated narratives in knowledge production, one positive and the other normative, were depicted in graphical terms. Geometric forms assembling circles, wedges, corridors, belts, links, zones, nodes, and other nuclei attempted to capture both ‘what is’ and ‘what ought to be’ at the regional scale. A longstanding theme of metropolitan planning strategies as visualised has been the breaking up of urban masses through multi-centred forms. This presentation explores depictions of actual metropolitan form and structure over time often by urban geographers and their relationship to the parallel narrative of idealistic forward-looking representations by urban planners. It picks up the waxing and waning of different responses to the single-centred city from the early 1900s in the form of satellite towns, district centres, metro-towns, edge cities and the like. It draws concepts and illustrations from the broader planning literature, with a predominantly anglo and global north orientation, and makes special reference to the archetypal story of conceptual thinking in Sydney metropolitan planning history. While polycentricity is often depicted as a modern phenomenon, its roots as a planning formulation are more deep-seated. However, the suburban urbanity sometimes implied or wished for was frequently downgraded in practice to a less spectacular expression of sub-centricity leaving a central core as the zenith of metropolitan urbanity. The quest for a kind of poly-urbanity in spatial terms nevertheless remains a pervasive aspiration. 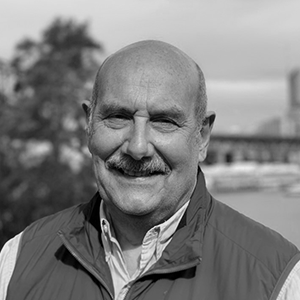 Robert Freestone is Professor of Planning in the School of Built Environment at UNSW Sydney. His main research interests are in planning history, metropolitan planning and urban heritage. He is a Fellow of the Academy of Social Sciences in Australia, the Planning Institute of Australia, and the Institute of Australian Geographers. His authored and edited books include Iconic Planned Communities and the Challenge of Change (2019), Planning Metropolitan Australia (2018), Exhibitions and the Development of Modern Planning Culture (2014), Urban Nation: Australia’s Planning Heritage (2010), Urban Planning in a Changing World (2000) and Model Communities (1989).