ABSTRACT: I have written elsewhere about the proliferation of suburban neologisms, the multiplicity of which derives from a lack of a sufficiently rigorous conceptualisation of urban peripheries. At present, this conceptualisation tends to fall into three categories: first, the suburb as an extension of the central place and dependent on it; second, the suburb within a polycentric region; and third, the suburb as sprawl – for some theorists even a polluting element of the city. Suburbs are thus frequently perceived as essentially non-urban and as non-places without a spatial logic of their own. Such theories overlook the significance of suburbs for everyday life, and in particular, the spatial complexity of suburbia, forming part of the urban street network as it evolves through time. Thus, if we consider network centrality as a temporal process, we can identify the factors which shape urban phenomena such as densification. For example, a study of the development of transport infrastructures based around motor vehicles is reflected in the transformation of London’s suburban built form; while the spatial connectivity of urban networks at multiple scales can actually shape the centrality of suburbs for everyday economic activity. Taking the case of South Norwood in London, I will trace its street network evolution since the 19th century, following which we will see the emergence of industrial activity, exemplified by Messrs Tinsley and Co., telegraph and electrical engineers, which became an important source for high precision electrical test equipment, employing local people both in the building and home work for seventy years until it moved to larger premises elsewhere. More broadly, the local and regional centrality of suburbs such as South Norwood will be illustrated through descriptive analysis of its space syntax, built form, and land use change from the 1880s to the 21st century. 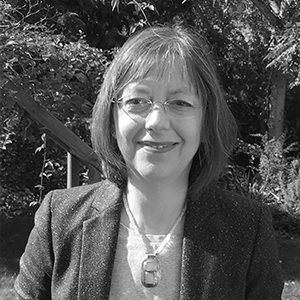 Professor Laura Vaughan is Director of the Space Syntax Laboratory, Bartlett School of Architecture, UCL. Her expertise lies in applying space syntax methods to investigate the spatial and temporal patterning of social, economic, and health outcomes in cities. Her team’s interdisciplinary research into the long-term evolution of London’s outer town centres assessed the factors that allow for suburban high streets to adapt to change and her edited collection, Suburban Urbanities, is available open access from UCL Press. Her most recent publication on the subject is The Spatial Morphology of Community in Chipping Barnet c.1800-2015, also available open access.