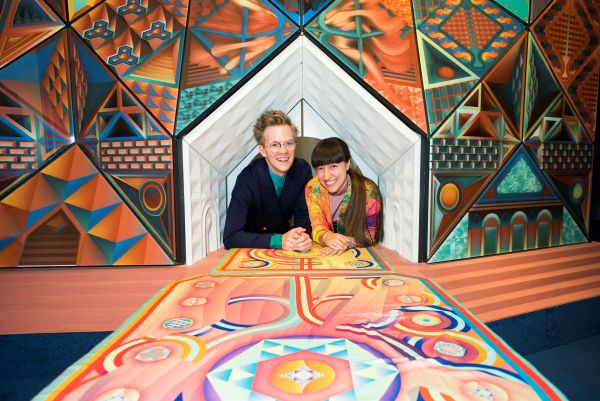 Space Popular is directed by Lara Lesmes and Fredrik Hellberg, both graduates from the Architectural Association in London (2011). They founded the practice in Bangkok (2013) and have been based in London since 2016. Space Popular creates spaces, objects, and events in both physical and virtual space, concentrating on how the two realms will blend together in the near future. The studio has completed buildings, exhibitions, public artworks, furniture collections, and interiors across Asia and Europe, as well as virtual architecture in the Immersive Internet. Clients, collaborators, and commissioners include national institutions such as The Swedish Centre for Architecture and Design –ArkDes, Stockholm, Sweden; Royal Institute of British Architects, London, UK; National Museum of Modern and Contemporary Art, Seoul, South Korea; as well as independent galleries such as MAGAZIN, Vienna, Austria; and Sto Werkstatt, London, UK. Lesmes and Hellberg both have extensive academic experience having taught architectural design studio since 2011, first at INDA, Chulalongkorn University in Bangkok, and since 2016 at the Architectural Association in London. They also lecture and teach workshops and seminars in universities across the world. Their current MArch design and research unit at the Architectural Association investigates visions for civic architecture in the virtual realm.