Next gen architects exemplars in their class

Our latest cohort of Master of Architecture graduates are now starting their professional lives. 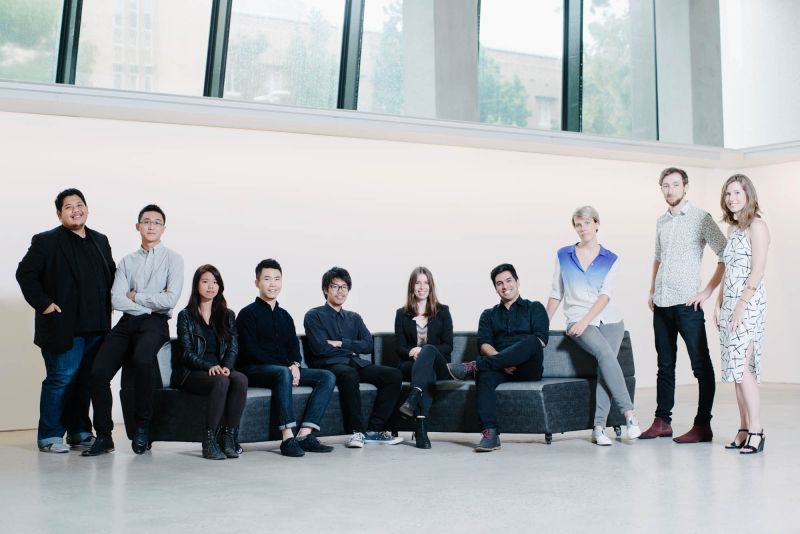 We spoke to students whose work was chosen for the 2015 MSDx Exemplar exhibition – ‘best in show’ for design thesis. We asked what are their aspirations, and where do they see built environment practice heading?

Jaxsun Plumley’s plan was clear, “I always wanted a career in creative industries as well as study at a university with a large international network.” Jaxsun recently travelled to Hong Kong and Shenzhen with the Melbourne School of Design to exhibit part of his thesis at the Biennale. He also assisted in the running of a MSD Biennale intensive subject.

Yuta Sano chose to undertake his studies at the Melbourne School of Design to push himself, “I wanted to challenge myself in a new environment with a lot of gifted students from different backgrounds and cultures and see how far I could go.”

In his final year, Yuta won First Prize in the UIA-HYP Cup International Student Competition in Architectural Design. The UIA-HYP Cup is one of the largest international student architecture competitions, and Yuta beat out 524 other entries to win. Yuta is weighing up whether to practice in his native Japan or work in Australia.

The Exemplar group is characterised by a clear-eyed ambition. Will Priestley tells, “I’m already working in the industry but I have my eyes set on the Netherlands. I intend to gain an international experience of architecture before returning to Australia to potentially set up my own practice.”
Will’s dream job is Victorian Government Architect as he sees the potential of the top job in “being an influence in better housing within metropolitan Melbourne and helping foster an everyday culture of architecture and design in our society.”

When asked what they thought built environments professionals need to concentrate on into the future, fostering thriving communities and sustainable practice were a focus.

Alexa Gower suggests the effects of increased urbanisation warrant greater attention, “I think it is time for architects to look beyond styling to the important issues of density and sustainability that will continue to have a large impact upon the quality of our lives and environment. Architects today need to have a future focus now more than ever.”

Carline Morrison highlights considerations of collective wellbeing, “I believe that in the future a greater consideration of public space within cities is necessary. It is necessary at both an urban and site specific scale.

“With the growth of cities, specifically increases in residential and commercial developments, we need ensure the physical and mental health of residents and workers are prioritised, resulting in a built environment which incorporates and increased amount of public recreational facilities and open space.”

For Junhong Huang it is drawing inspiration from disciplines beyond architecture. “In my opinion future built environment professionals will require a multi-disciplinary understanding: architecture will not only be about form, space, experience and details. It will echo social, economic, cultural and scientific change. Interdisciplinary cooperation will be crucial.”

Now at the conclusion  of their studies, the Exemplar group felt they were well equipped to go out into practice.

Ye Zhang believes he is well placed professionally, “Studying at MSD was challenging, however, the more you put in, the more you can get out of the experience. MSD is comparable to any of the top design institutes in the world.”

The Exemplar exhibition provided for this group a meaningful way to close their studies. “It’s exciting to compare my work at both the beginning and end of the Masters of Architecture, to see the personal growth and an evolution of graphic style. I hope my work continues to evolve in the future,” says Carline.

Lawrence Rocha’s thesis presented a proposal for the existing site of Federation Square East, comprising a neighbourhood of bridges. Being selected for the Exemplar exhibition “was a total surprise for me when I received the email from my tutor - hard work really pays off.”

Ahmad Faris Bin Ahmad Zulfaa is reflective when thinking about what he’ll take with him into the next phase of his life. “MSD gave me a diversity of knowledge which I think would be valuable in industry - it also gave me a very strong conceptual and theoretical background. I feel that built my thinking as a strong designer, in both the academic and practical.”

We wish our Exemplar group and all of our class of 2015 the best of luck.