James Billson graduated with a Bachelor of Building in 1988 in the footsteps of his grandfather Edward Billson, the first ever Architect graduate from the University. After starting his career with builder L.U Simon, he worked with Lewis Constructions on the Melbourne Central project with the redevelopment of the Shot Tower until moving to London. 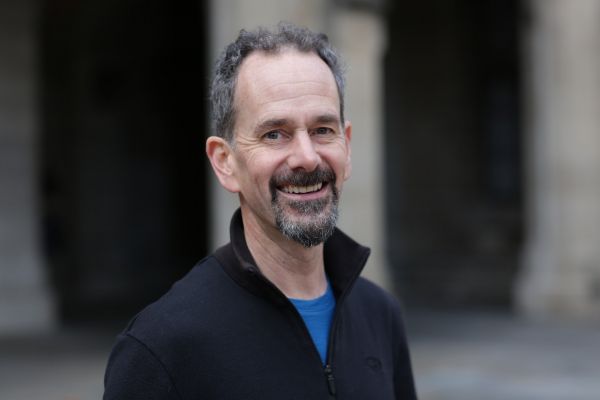 Upon his return to Melbourne in the 90’s, James was no longer constructing buildings – he was designing, developing and constructing websites and has never looked back. This year, James’ new venture called Reqfire was one of ten start-ups awarded a spot in the prestigious Melbourne Accelerator Program (MAP) Startup Accelerator program. We caught up with James to talk about MAP, his start-up and his transition from designing in the physical world to the digital world.

James, what prompted the change from construction towards technology?

I was in the first wave of people who had computers at school, and I ended up in construction doing a lot of contract administration and I knew how to use spreadsheets. People weren’t used to using spreadsheets back then and so I would often be asked about them.

During the recession in the 90’s, I moved to the UK to work on infrastructure projects. I found myself on a trip from the UK back to Australia when the Internet first came out. A friend loomed on my doorstep when I was back and said we had to build something with it as it was the way of the future.

My friend and I built an online pizza delivery service, but in those days there were so few people online that we had saturated the market after three people ordered! So we created a web development company and from there I’ve been working in technology and how it fits with property/construction ever since.

How can building/construction design principles be applied to digital platforms?

With software, there is surprisingly no conventional approach to design or documenting the design process. There has been a real push towards a free-form way of designing software called AGILE; it has its place but essentially it is like giving builders a bunch of bricks, saying start building something, we’ll see what it looks like, then we’ll pull down the parts we don’t like afterwards and rebuild them. Software like construction needsa lot more planning before you start building. Currently though, the tools in the planning phase are difficult and frustrating to use.

With Reqfire, we’re trying to make it enjoyable to plan before building starts. This allows design problems to be solved ‘on paper’ and also creates a record of why something is built a particular way. In a way, it’s similar to building something with Lego: you need to deliberately piece each block together with thought to create a better outcome or in this case a better experience for everyone.

What is Reqfire and what does it do?

Reqfire bridges the gap between tech and non-tech workers; it makes designing and developing software enjoyable and accessible for anyone to build better apps and websites for everyone. It is a project management tool which reduces the reliance on a technical expert by translating development into something which anyone can understand.

We think it’s important that anyone should be able to use the tool and produce something useful within 15 minutes and enjoy the experience of making it.

The challenge in software design is to stick to defining what the business needs and avoid specifying technologies, but to do it in a way that is detailed enough. Reqfire creates a design that is complete enough for a developer to use and is in plain, everyday terms for the average joe to understand.

How has the Melbourne Accelerator Program helped with the development of Reqfire?

MAP has brought more discipline and focus to our team which is critical to start-up success. The discussions have been helpful and there is knowledge of people who have been able to apply similar projects but in different fields. Additionally, being associated with MAP itself has opened doors with industry, and once Reqfire is ready to engage with users we hope to gain access organisations through the program.

How has your degree helped in navigating the tech world?

The building degree is a fantastic course, it was a hard-core commercial degree with building technology; we did project management, accounting and finance which was really important coming out into business in construction and development.

Understanding construction and design has been foundational in navigating the digital world. There is significant crossover between the approach in using Reqfire to design software and how we construct in the physical world.

More and more today, design principles are being applied to various parts of businesses and using visual-spatial mapping of concepts in all sorts of applications which don’t involve the construction of buildings.

MAP fosters innovation and entrepreneurship in the startup community by connecting and up-skilling thousands of entrepreneurs through its talent development and accelerator programs in Australia. Find out more about MAP and start-ups at the upcoming MAP Master Class: Building a Culture of Excellence on August 23.