The papers, titled Better buses for Melbourne’s west and Melbourne’s zero emission bus transition demonstrate that Melbourne is ideally positioned to pivot to a more sustainable and efficient public bus network, which would in turn allow Victoria to make significant headway in tackling climate change and strengthen our city’s position in meeting the Sustainable Development Goals set out by the United Nations.

Whilst Melbourne is used as a case study, the changes could be rolled out all across Australia.

The papers contend that a combination of a careful revision of bus routes together with an electrification of the buses themselves provides a tangible multifaceted solution to enable a better public transportation service as well as to provide a more sustainable network overall with significantly less carbon emissions.

Rapid population growth across Melbourne’s western suburbs has strained the region’s transport network to its limits. Bus services are very low quality with long travel times and poor connections. This exacerbates the inequities and costs of car dependence. As Melbourne emerges from the COVID 19 pandemic and confronts the urgent challenge of the climate crisis, viable alternatives to the region’s car dependency are critical. This will require reforms to the bus network which are both affordable and can be implemented in the next term of state government.

Better buses for Melbourne’s west demonstrates the benefits of a new ‘clean- slate’ bus network to replace the existing collection of routes which are no longer fit for purpose. The proposed new network is built on a grid of fewer, but more frequent and direct bus routes, operating on a budget of bus service-hours comparable to the existing network.

The transport sector contributes approximately a quarter of all global greenhouse gas emissions (World Resources Institute, 2020). Tackling the sector’s emissions is instrumental to reducing global emissions. Transitioning to zero emissions buses is an important way for cities to reduce their carbon footprint, provided that renewable energy is used to generate the required electricity (Department of Transport & ARUP, 2021).

The paper is designed to assist policy makers seeking to optimise implementation of various state-based targets.

The ability for ZEBs to significantly reduce emissions is limited in cities, like Melbourne, where buses handle only a small share of overall travel. Policymakers and planners will need to act boldly to make buses a stronger part of a public transport system that offers a more competitive alternative to the car. Moving towards the ‘clean-slate’ grid network proposed in Better buses for Melbourne’s west should form a key part of the approach.

A smooth transition to ZEBs will also require policymakers, operators, and other stakeholders to adapt current institutional processes – such as contracting – which have been built around the specific technical requirements of the diesel bus. 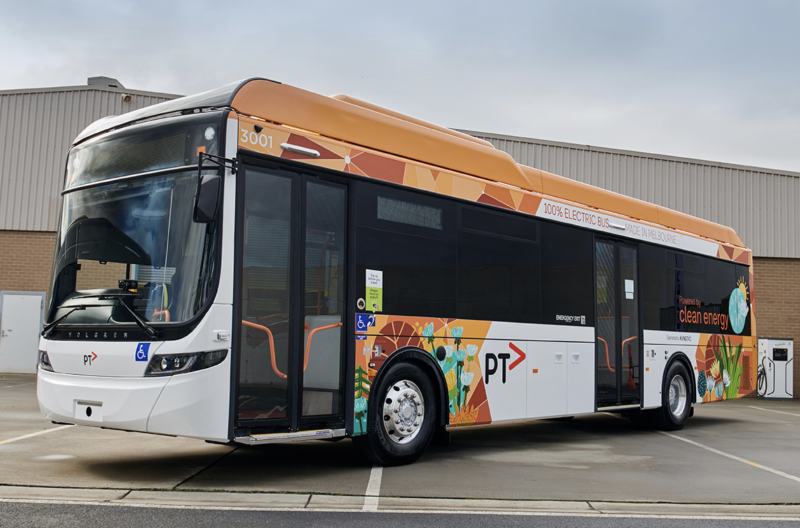