The Wave Hill Walk Off Route is a National Heritage Listed site that is associated with the events that took place in 1966 -1975 which saw the Indigenous Gurindji people, led by Vincent Lingiari, take a stand against oppressive working conditions and maltreatment.

The strike lasted for 9 years and was a catalyst of The National Land Rights movement. The strike ended in 1975 when Gough Whitlam famously poured sand through Vincent Lingiari's hands, resulting in the first hand back of traditional lands to Aboriginal & Torres Strait Islander people.

The Wave Hill Walk Off Route is one of only a handful of National Heritage listed sites in the Northern Territory and unlike other heritage listed sites such as Kakadu and Uluru, there is no interpretive signage or visitor infrastructure along this site.

The immediate outcome of this collaborative project is to develop awareness for the National Heritage listed route and increase visitor numbers and expenditure within the community. A series of pavilions and interpretive signage will be located along the Wave Hill Walk Off Route to educate visitors about the Wave Hill story. It will engage the local community, enhance the sense of pride and self-worth as well as offer short and long forms of employment to local Gurindji people. The project will also increase public awareness of the history surrounding the Wave Hill Walk Off and strengthen NT tourism by delivering new eco and cultural based tourism.

There are a number of research, teaching and engagement outcomes available to the Bower Studio participants from the University of Melbourne.

The research aspirations of this project are twofold. 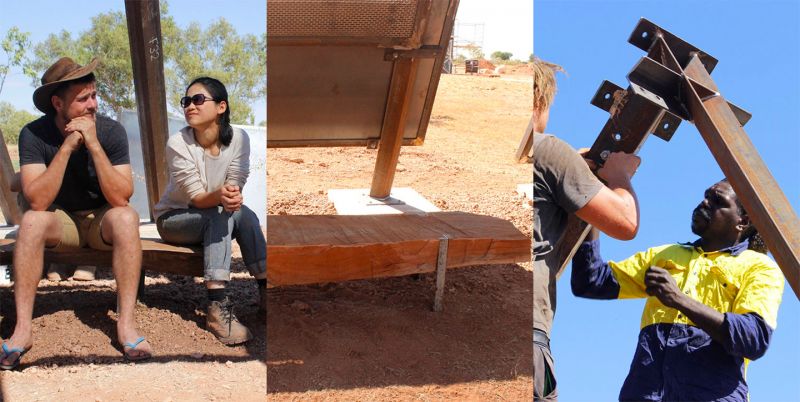