She has since founded the architecture, design and urbanism firm DROO which has been recognised for its innovation and creativity, most recently winning the Architecture Master Prize 2020 in the Residential Multi-Unit category. What is one of your stand-out learnings from your time studying at the Faculty of Architecture, Building and Planning?

The Studio format of teaching. It was instrumental in forming lifelong friendships and forging important collaborative working practices with colleagues and friends which have defined the way in which I practice today, both in relation to our team at DROO, but also with consultants, clients, builders, contractors and politicians.

Studio has been at the core of how I’ve learnt to communicate ideas, take criticism, learn to develop a strong sense of autocriticality in our own work and to develop a strong collaborative practice which creates room for listening and getting a different perspective. This has also been instrumental in how we have built our team. At DROO we intentionally build our team with a diverse skill set and design approach to push us to challenge ourselves with a different perspective so that we don’t get too comfortable.

The second standout memory is of two very significant teachers who really defined the way I began to think about my work and approach. Greg Missingham and Alex Selenitsch taught me to analyse my work and design processes in an articulate way. They had, and continue to have, a significant influence over my design thinking.

Can you describe your path to creating your own practice after you graduated?

From second year at Uni onwards I worked with BKK Architects. After graduating I worked with Coy and Yiontis. Practice was a big part of my education and my experience of working alongside Uni really honed my skills, helped me to become more disciplined about organising my team and to get an in depth understanding of construction and industry practices. Working in smaller design led practices, I was able to assume responsibility for a number of design phases really early on.

I wanted to travel which is what initially took me to London about 9 months after I graduated. I worked for Buckley Gray Yeoman, and found myself in a project lead role very suddenly because of my solid intern training. I continued on to Paris because I wanted to learn French which led me to the offices of Atelier Seraji and Shigeru Ban. Shigeru Ban was one of my design icons as a student, so it was an immense learning experience to learn from him and work on much larger projects, where I was Project Architect for a Contemporary Art Museum in Dijon. 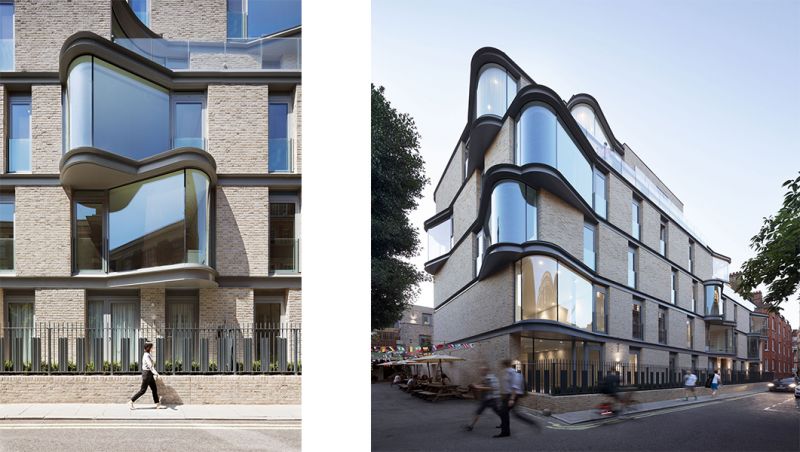 This shift in scale also brought about invaluable team management experience. I learnt that our work translates across languages and codes and the principles of larger project development ultimately aren’t that different from doing a single house. Just scaled up. During my years in Paris I met my partner Michel Da Costa Goncalves who has been my biggest design influence. Michel was just beginning to teach at the AA in those years and I began my masters at the same time at MIT, and we found ourselves comparing notes across the Atlantic again re-thinking how we were thinking about design.

My Masters program was focussed on architecture and Urbanism and really expanded how I was looking at Architecture, beyond the building to the city, at economics, politics, social structures, and climatic challenges. This unfolding of parameters meant that I was unable to treat a building as a simple building anymore; as a designer my work began to develop layers and layers of complexity yet needed synthesis.

I returned to Europe and Michel and I began collaborating, initially in parallel and then formally as DROO. We had work in London so our office initially began in London, but quickly we had work in Melbourne and Paris too. We wanted to be nimble so we needed to have a team which could move between codes of practice and locations. A small office working in a number of different countries simply isn’t possible without collaboration, so we built a network around us and our statelessness. We now have clients in Asia, Australia, the middle east and Europe.

We go where the work is and we collaborate locally to realise it. We work across timezones, and one of the greatest assets has been the transferability of our skills across cultures and languages. Michel and I both speak 3 languages fluently. Our team is fully bilingual and often at least 3 languages. My advice to anyone seeking to do the same is to learn a second language; it will change everything.

DROO values creativity and a wholistic approach to design, with a particular interest in cities. What prompted your firm’s approach and values?

The most important thing at DROO is that we are constantly unlearning our biases of what constitutes good design. We can’t really separate what we do from our responsibilities to respond to the changing world, climate, social needs and implications around us. Our work is in constant dialogue with the future city and the history of our cities.

Our society is premised on this need for moving in a direction and for the better part of the 20th and early 21st century this has been based on ‘more’. For the past decade we have been seeking answers on how to grow in a more cyclical way, by building and reinventing what we have, addressing typology, spatial organisation, modes of construction, the environment and inclusive design to continue evolving intelligently with what we have.

Our approach always layers strands of the past, present, and future into contemporary spaces and architectural tectonics. The existing fabric of a city is constantly developed upon, which means the role of the architect represents only a short moment in a longer history of a building, and, importantly, its future.

Our work is informed by an over-arching philosophy to lengthen the life of existing structures by giving them the opportunity to evolve to future uses and audiences.  We continue to work in conservation, not as historic architects but as contemporary architects trying to create new chapters in the life of existing buildings and developing them like strata in dialogue with their past and their future.

Paintworks Apartments, a mixed use building. Image via DROO.

Our works remain open to future generations to continue writing them.  Friction is a really powerful force in design, and cities are the hotbed of this friction. Urban environments are complex, multi-layered and often confront you with the unexpected. Cities are perhaps the last beacon of the ‘unpredictable’ where your encounters are still left to chance.

Some of our most creative work comes from the most constrained urban contexts where we were confronted with the greatest challenges; site constraints, light, sound, economics, social differences, history, future, parallel ambitions. In short friction has been essential to our most creative output.

DROO also focuses on using new materials, innovative typologies and advanced modes of design and production. What prompted this?

We try to design to exemplify in its richest way the ability to use new technologies to re-think how to better our built environment, how to use less material, build with better materials, prolong the life our buildings and cities and aim always to reduce our footprint right down to the typological decisions we make which influence our physical and mental health, push for a healthier density and promote community. These ideas have been driving our processes so that we look for ways to continuously reuse and recycle and develop ways to live and work together for generations to come. We want to leave the best of what we build for future generations.

What has been a stand-out project for you at DROO?

There have been a quite a few, the Town Hall Hotel, Castle Lane Apartments, Paintworks apartments (built out of a recycled concrete and resin compound), the Burwood Road Apartments in Hawthorn with Site collaboration with Mihaly Slocombe Architects (my very first building which also coincided with the birth of my first baby; it was a very busy first couple of years of practice). I think each of our projects is unique and important for different reasons. Each comes with its own challenges and is a response to a unique set of contextual conditions. No two responses can be the same, so each is stand alone and stands out in its own way. 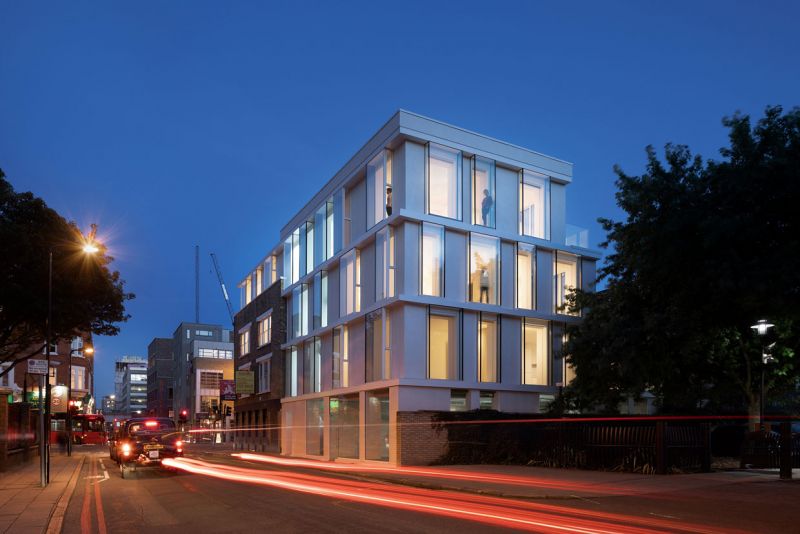 DROO was recently awarded an Architecture Master Prize in the Residential Multi-Unit category for Castle Lane. The reimagining of the Bow Window was a striking element which acknowledged traditional English architecture and added space and light to the apartments – what initially prompted you to focus in on the Bow Window?

There was a lot of neighbourhood push back, community forums and committee meetings but we had strong council support on the design, and we were able to persuade the neighbourhood through a string of public presentations and community and stakeholder participation. Furthermore, the curved glass geometries of the windows presented a number of technical challenges; heat gain intensification due to the curve, distortion of peripheral vision through the window, the optimal structural distribution of the curve of the glass, these were all challenges we had to work through with the facade engineers at Arup and also with the manufacturer’s at Cricursa. What advice would you give to a current student who may be thinking of starting their own practice?

Unfortunately the practice of architecture is not always meritocratic; you won’t always get work simply because you’re good at what you do and you can’t easily demonstrate you are good at what you do until you have been able to generate some work. This is the only way to start a practice, and easily consumes 50% - 60% of my time to this day.

Before you throw yourself in you have to know that you are going to be ready to make that effort. There are some really fantastic careers in architecture and not all of them are in private practice. I might have been equally successful and equally happy in a design director role in a larger practice, but I actually really enjoy the generating work side of things, and building a practice has been as much about building a business as designing good buildings.

In the last two years we have been more actively competing in publicly tendered work. The hardest decision to make when you are in a competition is how much of a design risk should we take. This is a decision often made under pressure and as a gamble because we know that it could cost us the project. This has been a fundamental learning curve, to remember the naiveity with which we began and be able to regularly realign experience and reinvent ourselves with each new project and continue to take new risks.

Interested in studying the Master of Architecture?
Learn more