Information about studios running in the Master of Urban Design. 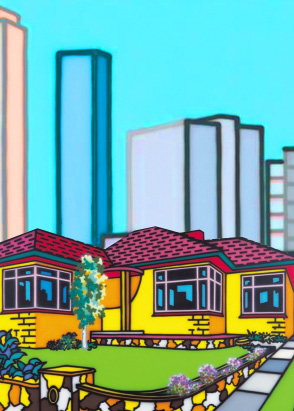 Today, notable experiments in suburban living persist with much of contemporary innovations in architectural, landscape and urban design often taking place in the city’s periphery or its suburbs. However, with a growing awareness of the limitations in extending the suburbs as a sustainable model for urbanization and the massive burdens it can impose on our infrastructure, social lives and health, much of this activity has centered around a wider professional and disciplinary mandate to address the tension between the enduring desire for “a house with a garden” against pressures for higher densities. This tension is an imminent concern for Melbourne, where its legacy of extensive suburbanization runs counter to challenges posed by the projections for steady population growth as well as a transforming demographic. While higher density development and strategies of suburban renovation offers intelligent means for addressing these concerns forecasted for the city, inertia and entrenched cultural values invested in suburban ways of living can conflict with these larger planning ambitions.

In this studio, you will be tasked with investigating how Melbourne’s proposed metropolitan centers of growth in its suburban extensions may densify intelligently. You will consider how these new centers may also enable this densification while also addressing a model for urbanization that is sensitive to concerns surrounding crucial aspects of sustainable development as well as enabling the cultivation of civic and ecologically enriched urban spaces or environments. The studio will engage with these sites in order to offer tangible design proposals that adopt a projective attitude towards addressing the opportunities offered by this apparent contradiction between an objective need for more compact forms of urban development with a persistent desire to conserve (or reclaim) the treasured qualities offered by suburban living. 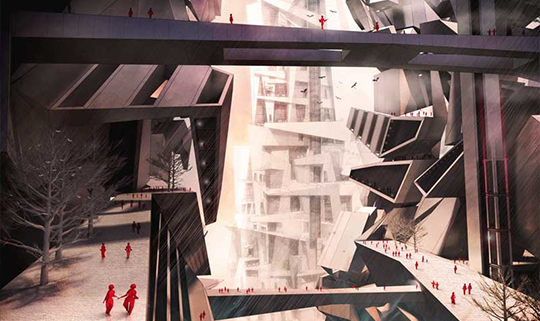 This studio will examine how we can develop ideas about not as much vertical but truly volumetric cities, where lift shafts and tunnels are replaced with rich urban experience; where the quality of experience from streets, alleys and piazzas remains as we move up and down through new forms of urban high rise; where the movement is not only limited to ground level but happens at all different levels, allowing for extensive views of the city and surrounding country side; where anyone is able to escape from overcrowding, pollution and noise, into open space, with long vistas, and even isolation. We will learn how to design truly volumetric city.

We will be asking two main questions: 1. How does urban design practice accommodate multiplicity of our expectations? In Local Code by Michael Sorkin we read that well design city requires a theory of what is desirable. But what is desirable for one might not be desirable for another. If we really want to accommodate multiplicity of desires and choices, our current practices are in trouble. Therefore, we need to develop different methods and different forms of the city that could accommodate variety of expectations: from low to high density, from concrete to green jungle, from noise to silence, from confined to expanse places. And this leads us to another question. 2. If the 20th century was all about mobility, will 21st century will be all about accessibility, and if yes how could we change the way we move and access things which we need and desire, can we re-think the infrastructure for the 21st century?

ONUR TUMTURK Having received his bachelor’s degree on urbanism and Master’s degree on urban design at METU, Turkey, Onur Tumturk worked as a teaching assistant and participated design studios at the same university. He is currently PhD. researcher at Melbourne School of Design. He researches adaptive capacity and resilience of urban form and space through morphological investigations on grid cities. His further research interests include contemporary urban design theory, urban morphology, complexity theories and socio-ecological thinking in urbanism.